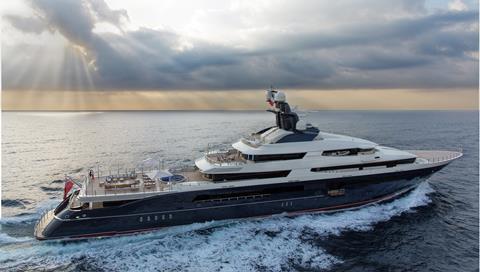 The 92m Equanimity is reportedly worth around US$250m

US and Malaysian officials have said that Equanimity is among assets allegedly bought by fugitive financier Low Taek Jho and his associates with money taken from sovereign wealth fund 1Malaysia Development Berhad (1MDB).

The Cayman Islands-registered Equanimity was seized in February 2018 off Bali, Indonesia, at the request of the US Department of Justice, before it was handed over to the Malaysian government in August.

A news release from the Attorney-General’s Office (AGO) of Malaysia said the offer by Genting was approved for acceptance by the Admiralty Court in Kuala Lumpur, with the purchase price to be paid and received by the court by the end of April.

“This [US$126m] is the best offer received over the five months, from October 2018, when the Equanimity was first put up for sale,” said Attorney General Thomas in the AGO’s news release. “Many offers were received, with a few exceeding US$100m. There will be no agency commission to be paid as the offer was negotiated directly with the Malaysian government, resulting in savings of about US$4.4m.”

Equanimity, which currently belongs to the Malaysian government, is reportedly worth US$250m with a guide price for sale of US$130m. “The guide price was set after the yacht was valued by UK-based independent appraiser Winterbothams,” said lawyer Sitpah Selvaratnam in December last year. She is leading the legal team for the government and 1MDB on the Equanimity case. “Now there is a guide price for potential buyers,” she said.

She also said last December that the government had received a court order to permit the second phase of the judicial sale of the vessel. “The first phase received bids but the bids were not of acceptable degree. So, we have to move into the second phase,” the lawyer added. She explained that the second phase will be a normal sale through private negotiation.

“The yacht was moved from Port Klang to Langkawi as it needed to be kept running,” said Malaysia Prime Minister Mahathir Mohammad.

When asked by reporters about the vessel last year, Dr Mahathir, who is the Member of Parliament for Langkawi, said: “Ships cannot be kept at anchor all the time because they tend to have problems, such as barnacles.”

The 92m yacht is currently docked at the Royal Malaysian Navy jetty in Bukit Malut, Langkawi. “The court has decided that the Equanimity belongs to Malaysia. We can put it anywhere but, of course, our main intention is not to keep the ship. We don’t need such a big ship. It is too luxurious for us. We want to sell. If you can find the buyer, tell us,” said the Prime Minister last year.

Malaysia’s disgraced former leader Najib Razak pleaded not guilty to all charges against him at the start of his trial today over the multibillion-dollar financial scandal that brought down his government last year and sent shockwaves around the world.

The 65-year-old faced seven charges in the first of several criminal proceedings over his alleged involvement in the looting of sovereign wealth fund 1Malaysia Development Berhad (1MDB), a state investment vehicle established to develop the economy of the South East Asian nation.

The former premier and his cronies are accused of plundering billions of dollars from 1MDB and spending it on everything from high-end real estate to artworks and a luxury yacht.