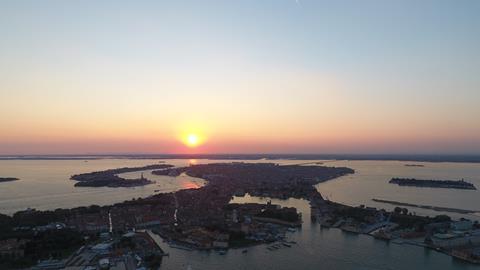 A new Venice Boat Show has been announced and will take place in the Arsenale, in the nautical heart of the historic city, from June 18-23. The announcement was made this afternoon at the Düsseldorf boat show in a joint press conference that included representatives from three Venetian marinas, the mayor of Venice, Luigi Brugnaro, and Ferretti Group CEO Alberto Galassi.

Galassi highlighted the city’s unique characteristics that, coupled with its direct access to the Adriatic, give it the potential to become “fundamental” in the annual European show calendar. Venice was the location for the Italian’s builder’s 50th anniversary celebrations last year, and Galassi indicated the new show would have the builder’s full backing, adding that the event would be the only Italian show it would invest in in 2019. He added that Riva’s new 50m in steel would be presented there and urged other builders to join the event.

The new show, organised in association with Vela, a company responsible for various commercial projects in the city, will be situated in the Arsenale, which features a 40,000sq m water basin with 500m of wharfs and piers; up to 100 moorings and 100 ground standings. There’s 5,000sq m of indoor and a further 5,000sq m of outdoor exhibition spaces.

The announcement follows a failed attempt to launch a show in the city back in 2016 – plans that ultimately unravelled because of timing issues with ExpoVenice. The city is now actively looking to promote itself as a leisure destination for big superyachts. Venice is under increasing pressure from tourism with calls now for a more selective approach to its tourist initiatives – quality, not quantity appears to be the new mantra.

The three marinas – Venezia Certosa Marina, Venice Yacht Pier and Marina Santelena, present at today’s announcement – are now working together to lure superyachts to Venice. They have a joint stand this week in Hall 6 of the Düsseldorf show and are presenting themselves as Venice Superyacht Destination. The new boat show and Venice Superyacht Destination describe themselves as complementary messages aimed at reviving the ancient nautical tradition of ‘La Serenissima’ as Venice is known.