Delivery is scheduled for 2021 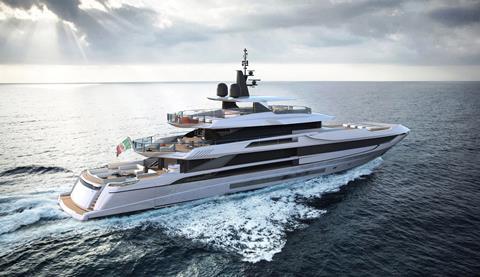 Italy’s Overmarine Group has announced the sale of its first Mangusta Oceano 50 to a European owner. Delivery is scheduled for 2021.

The news comes just days after similar announcements. “The market is beginning to recognise our authoritativeness in the new metal lines too, as proven by the nine units sold since the first Mangusta Ocean 43 was announced, in 2016, to date,” says Mangusta’s commercial director, Francesco Frediani. “More than that, our reputation is now allowing us to secure sales even when a yacht is still at the project stage.

“This year, two yachts were immediately chosen by an owner simply based on their project: first the Mangusta GranSport 33, which was presented in February and sold shortly later, now the Mangusta Ocean 50, chosen by her pwner-to-be just a few months after her official presentation,” he adds.

The Mangusta Oceano 50 was designed by Alberto Mancini and the Group’s Engineering Department. Together, they worked closely to optimise indoor and outdoor spaces, remaining with the limit of 500 GT, to create an innovative, original product for this specific market segment.

Guests will find onboard impressively large outdoor areas. The aft cockpit, for example, could easily be the living room of a villa: the sofas are embraced by a teak shell and form a square ring, slightly lower than the side walkways, so as to ensure maximum privacy. Having moved the garage forward, the size of the beach club has increased considerably, resulting in a spacious, fully equipped swimming platform.

The bow offers another area featuring highly creative and smart solutions: the wide, streamlined cockpit, which the owner can furnish to his own taste, is located just over the garage. Once the tender is launched, the garage area can be filled with water to create a counter current swimming pool. A Jacuzzi, in turn, can be enjoyed on the sundeck, where it is located near a dining area seating 12 people sheltered from the sun by a full-beam hard top, and close to a comfy relaxation area.

What makes this model particularly interesting, though, is her layout, which can come in different possible configurations, including the possibility to add a sixth cabin.

The Overmarine Group introduced three new models in three different product lines in 2019, and has recorded higher sales figures than expected. According to the company, sales have been growing among models belonging to all current product lines: a 33m, a 45m, and a 54m yacht in the Mangusta GranSport fast displacement line (models which, de facto, cut across the entire range), a 43m and a 50m model in the Mangusta Ocean displacement series, and a more traditional Maxi Open yacht, the Mangusta 110, totalling 260m in length.