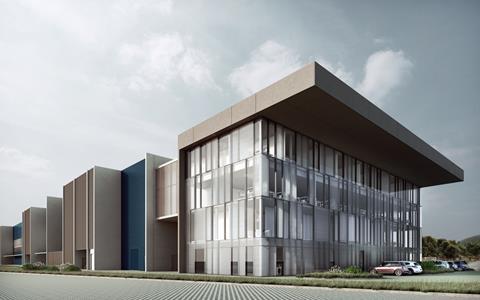 Italian superyacht-builder Sanlorenzo has opened new production facilities at its headquarters in Ameglia.

Designed by Lissoni Casal Ribeiro, the new plant covers an area of 22,000sq m and is divided into three units – two buildings for the production of yachts, for a total of 10,000 sqm, and an office complex on four levels.

The Ameglia site has been the headquarters of Sanlorenzo since 1999, and is set into the banks of the Magra River, inside the nature park of Montemarcello-Magra. It is here that the entry-level model of the three yacht ranges – SL, SD and SX – take form in composite material, from 24m-30m in length, from design to implementation.

The new facilities contain 24 production stations to guarantee construction of 45-50 units per year from 76ft-100ft, with a resulting increase in the number of direct and indirect employees from 450 to about 900 workers.

Furthermore, the layout developed for the new plants, the new logistical flows and the ergonomics of the on-board work ensure not only augmented production capacity but also greater efficiency of about 30%. This result has also been achieved thanks to the implementation of a lock gate, a unique construction that permits passage of the yachts between the original site and the new production site, ensuring the continuity of the river bank when closed, in case of weather alerts. 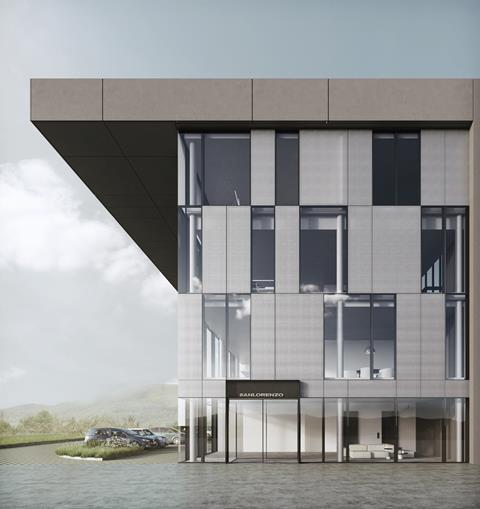 The new facilities were designed by Lissoni Casal Ribeiro

The project by Lissoni Casal Ribeiro for the Ameglia site will also have a second phase. The construction and activation of the new facilities will be followed by the renovation of the original buildings of the Ameglia headquarters, which at the moment contain the production, with the goal of achieving aesthetic uniformity.

To bear witness to the company’s focus on environmental issues, the Ameglia headquarters has been designed to comply with the criteria set for UNI EN ISO 14001:2015 certification, indicating achievement of the best control of environmental impact connected to the activities, products and services of the company.

The site has also been designed for energy self-reliance, thanks to the installation of 8000 square meters of solar panels.