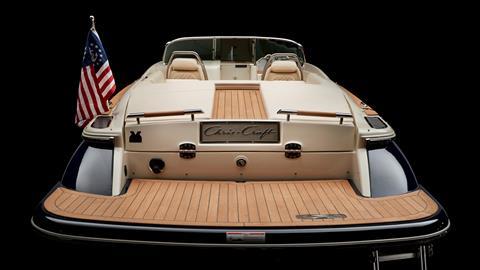 Winnebago Industries in the US has big plans for its iconic Chris-Craft boats subsidiary, which the iconic recreational vehicle maker acquired last June: increase the number of model offerings and boats produced, increase the size of the manufacturing facility and a corresponding increase in workforce.

“It’s pretty much our same growth plan we had before the acquisition, but now we can execute it more quickly,” Chris-Craft president and CEO Stephen Heese told the Associated Press.

With a market capitalisation of nearly US$1bn, the publicly traded Winnebago has the necessary fuel to feed the growth fire.

“Over time, we’ll invest multiple eight figures in this business,” Winnebago president and CEO Michael Happe said during the same interview on a recent visit to Chris-Craft’s plant near Sarasota, Florida.  In fact, according to Happe, it was those growth plans already on the table that made Chris-Craft an attractive acquisition target.

The company currently produces 18 models on five production lines. It doesn’t plan to add lines but will be able to produce more models more quickly with an 80,000sq ft expansion to its existing 160,000sq ft plant, the addition of up to 340 employees over the next five years and exploring a market expansion targeting boats under 25ft.

As of late January, Chris-Craft had a four-month back order on key models.

“Part of our acquisition mantra is to find really good businesses that still have runway to be great businesses, and increase their top and bottom lines materially, given the support from a parent that is strategically aligned with their vision but also has the financial resources.