The organisers of this year’s Cannes Yachting Festival have announced that exhibitor registration is already 8% up over last year’s figure. According to Reed Exhibitions, 529 boats over 10m in length will be making an appearance on water, including 119 sailboats and 410 motorboats – 7% more than last year. 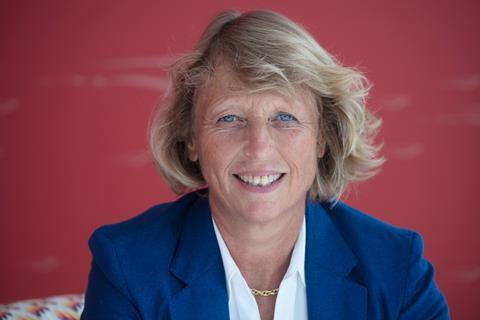 “We still have a few places available at each port. We are also waiting for second-hand boat reservations, which always come later than new boats,” says show director Sylvie Ernoult.

“Our sales team is finalising the implementation of the around 100 on-land boats,” she adds. “We are therefore very optimistic about the total number of participating French and international shipyards and the number of associated boats that we will have the pleasure of welcoming this year. The latter should exceed the previous record figure of 2018 by 8%, which will enable buyers and visitors to discover an unparalleled nautical offering in Cannes.”

Following the relocation this year of sailing boats to Port Canto, the Vieux Port will primarily be devoted to new motorboats – monohulls and multihulls – of more than 10m in length. Equipment manufacturers and service companies primarily engaged in the motorboat sector will be located onshore. A new layout will be unveiled soon.

The Jetée, which will continue to accommodate yachts and, for larger yachts, the Super Yachts Extension, will not undergo any noticeable changes. However, the situation is different for the other quays.

Thanks to the installation of new pontoons, the Terrasse Pantiero will accommodate boats from 14m-20m, creating a link between the yachts at the Jetée and the smaller boats at the Pantiero.  At this location, visitors will be able to discover motorboat yards of scaled sizes, with the smallest of them exhibiting their 10m-12m boats at the end of the Pantiero. Opposite them will be a new site dedicated to RIBs.

Quai Saint Pierre will host motorboats from 12m-16m. These units will also be exhibited on the Quai Max Laubeuf alongside the motor catamarans, the largest units of which (15m-22m) will be situated next to select large yachts being showcased at the end of the quay. These larger units, exhibited for the first time on this quay, are part of the extension (via the large traversante) of the Jetée and the Super Yachts Extension.

In addition, on-land the Quai Max Laubeuf will accommodate a new village devoted to inboard and outboard engines.

As for Port Canto, sailboats will be exhibited on three quays: the Quai d’Honneur, the Quai de la Roseraie and the Quai Ouest, taking over nearly 1,000 additional linear metres to present in-water boats, alongside nearly 4,000sq m for on-land stands. These quays will host the new ‘Sailing Space’, reserved for new monohull and multihull sailing boats of more than 10m.

“The opening of the Sailing Space is fully in line with the history of the Yachting Festival at Port Canto which, up until now, was used as the Brokerage space,” Sylvie Ernoult explains. “Originally discussed and supported by the Fédération des Industries Nautiques, the urgent need to spread the Yachting Festival beyond the Vieux Port resulted in the Sailing Space at Port Canto; in close collaboration with our exhibitors, our suppliers, the Cannes city council, and the Nice – Côte d’Azur Chamber of Commerce and Industry.

“Now four months away from the opening of the next edition, I am happy to confirm that we will welcome more than 80 exhibitors dedicated to sailing and more than 120 boats presented by the largest registered French and international shipyards,” she adds. “Among them we will welcome 17 new exhibitors. Equipment manufacturers specialising in sailing boats have also come forward and will share the on-land spaces. This commitment is a sign of support for the show and confidence in the initiative we have taken to better showcase the sailing offer.”