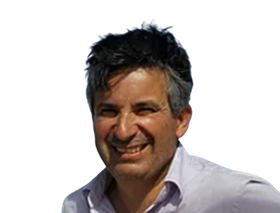 Sailing has been Michel’s passion since he was a teenager. He graduated in History at La Sorbonne in Paris, although he was more often found on the Channel between Saint-Malo and Cowes, competing in all events like the Fasnet race. After university, Michel worked as an assistant for a member of the French parliament for four years. He started his journalism career in 1997. For the duration of one year, he worked as a freelance journalist for Voile Magazine. He then joined Moteur Boat as an editor in 1998 before becoming deputy editor in chief two years later. Since 2003 he is the editor in chief of Neptune Yachting Magazine, a leading French high end boating magazine.