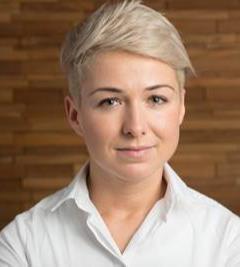 Nowotarska is an experienced sales manager and yacht broker with over 10 years in the yacht industry, specialising in multihulls and catamarans.

She previously held positions at Polestar Yachting and Sunreef Yachts, and has been involved in custom new-build projects, both power and sail, with shipyards and naval design bureaus, as well as sales of serial production yachts and pre-owned vessels.

“I look forward to this new position with Aquila Power Catamarans and achieving the goal of expansion both in Europe and around the globe,” Nowotarska says.

Based in Clearwater, Florida, Aquila catamarans are built by Sino Eagle Yachts at a state-of-the-art facility in China. The company claims to be one of the fastest-growing power catamaran brands worldwide.