Tydeman’s directorship at Fairline was terminated on January 14 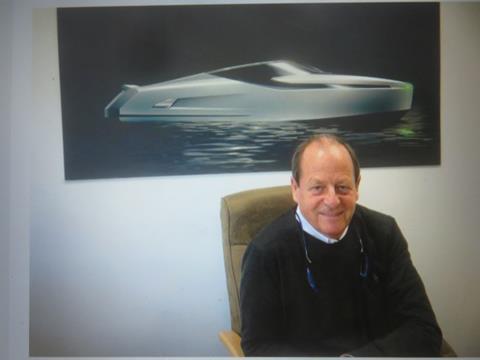 David Tydeman has resigned from Fairline Yachts after 18 months, having completed the remit he was given to recruit an executive management team for Fairline based at Oundle in the UK.

A Fairline spokesperson told IBI: “We’d like to thank David for his help over the past 18 months in recruiting the Executive Team for the Fairline Operations based at Oundle. A keen sailor, we wish David ‘Bon Voyage’ as he plans some offshore sailing this year, including a transatlantic voyage in the spring.”

Tydeman told IBI: “I joined 18 months ago with a clear remit – get the company on a path to profit. Public documents show the losses 2016-2018 cumulative were largely reflecting the significant investments they had made in the relaunch, new models and also the big step they took in late 2017 with a long lease for the Hythe shipyard.”

He added: “Early in 2019, I brought in the concept of an executive team reporting to a smaller board and recruited four new senior and strong guys into this team – head of sales/marketing, head of commercial, head of design and engineering, and head of production. During the first half of 2019, I worked with Peter McNulty to secure new finance and this was announced in August 19 [River Rock Fund]. It was then timely in September to appoint Peter as COO to lead the executive team.”

Tydeman continues: “Coinciding with this, we stopped the building of the Squadron 68 in Hythe and in September moved that production back to Oundle for efficiency of a mixed line Squadron 68 and Targa 65 [which share the same hull] with a clear team in place and a focus on building only in Oundle. This allowed me to go part-time as non-executive chairman and focus on options for Hythe and boats over 70ft.

“At Xmas,” he said, “we concluded that we would have to defer any ambitions in this sector – and for the shipyard at Hythe – for a while and give priority to future investments to the sub-60ft sector including the F//Line. I felt my turnaround job was done for now.”

As to the future for Tydeman, he indicated to IBI that in April he plans to sail the Atlantic from Antigua via Bermuda to the Azores. This will be followed by a Pacific voyage sailing on an Oyster 885. Tydeman commented: “Two oceans back to back is something not to be missed.”

He concluded, saying: “With these invites and opportunities i count myself lucky that Fairline could agree to my departure. There is a strong team there now, and a clear focus on the Oundle operations – which is, back to my initial remit, on the right path now.”

Company House records show that Tydeman’s directorship at Fairline was terminated on January 14, 2020.