D-Marin, one of the largest marina chains in the Eastern Mediterranean, has named Ecmel Çakmak as its new Turgutreis Marina Manager. 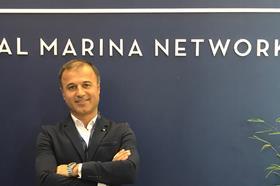 D-Marin Turgutreis, the first marina in the D-Marin family, was opened in 2003 and has a total capacity of 700 yachts; 550 of which are on water, 150 on land. The 5 gold anchor awarded marina features a shopping center, restaurants, tennis courts, a private beach & pool, spa & fitness center, cinema and helipad.

Ecmel Çakmak has more than 17 years of Yachting & Tourism experience, and is a Business Administration graduate.