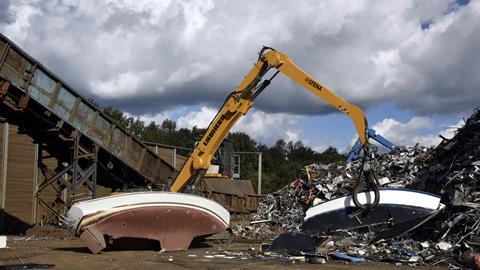 Swedish boat owners can scrap their old boats for free this year, courtesy of the Swedish Agency for Marine and Water Management

Swedish boat owners are able to scrap their old boats for free this year, thanks to subsidies worth more than €300,000 from the Swedish Agency for Marine and Water Management (SwAM).

Owners can scrap their boats at no charge until 31 December 2018. That means almost 500 boats will be taken out of the market and scrapped this year.

All boats under three tonnes can be scrapped, but owners will have to pay the transport costs to the scrapyard, which is managed by Stena Recycling.

“We have longed for this kind of subsidy for a long time. Even if it’s just enough for a small number of boats, it will have an enormous impact in the media and among boat owners who have good reasons to take their old boats out of the market,” says Mats Eriksson, Sweboat CEO.

“We’ve been lobbying for this for some time, so we’re grateful for the help to increase the speed of boat scrapping.”

According to SwAM, Sweden has some 64,000 abandoned or unseaworthy boats out of a total fleet of around 900,000 boats. Just a fraction of these have been scrapped prior to the new initiative. The scrapped boats will all be recycled.