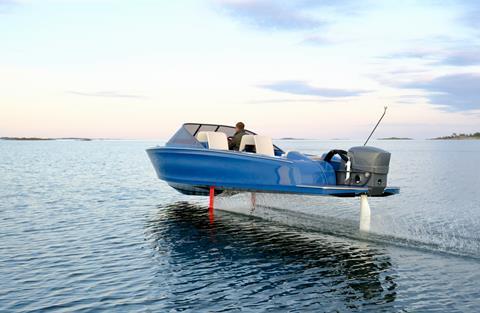 High-tech and high performance in modern boat design were celebrated last week in Milan with the presentation of the 2019 Foiling Awards.

Hosted at the WeWork headquarters in Milan, the third annual Foiling Awards were established as part of the semi-annual Foiling Week conference to recognise “the amazingly fast foiling boats, their sailors, their designers and their builders,” according to organisers.

The annual awards, decided by online voting, were presented in eight different categories.

The gala ceremony kicked off with the official debut of Persico 69F, a 6.9m foiling monohull that incorporates technologies found in the AC75 boats which will compete in the next America’s Cup.

Wrapping up the evening’s festivities, Foiling Week creators Luca Rizzotti and Domenico Boffi presented a special award to Gabriele Ganga Bruni in recognition of his work with the crews of Bissaro and Frascari and Tita and Banti, winners of the last two world championships of the Olympic catamaran Nacra 17.

The next Foiling Week event will be held at the Fraglia Vela Malcesine yacht club on Italy’s Lake Garda from June 25-28, 2020.