German-based investment fund will take over one of the industry’s most high-profile builders; continued dealer loyalty key to success 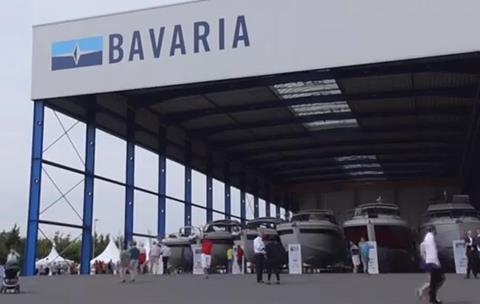 Once recognised as one of the industry’s most industrialised series boatbuilders, Bavaria fell into administration in April this year, however, was able to strike a temporary deal to maintain operations to fulfil a sizable order book obtained on the back of new model launches in 2017-18.

CMP will acquire Bavaria Yachtbau and its French-based subsidiary Bavaria Catamarans SAS from Oaktree Capital and Anchorage Capital, which bought the business in October 2009 for approximately €300m including a cash injection of €55m and the previous owner Bain Capital’s write-down of debt facilities totalling about €960m at the time.

Today’s restructuring deal includes all 550 employees at the Giebelstadt German plan and all 250 employees at the catamaran production facility in Rochefort, France. Bavaria acquired the French business in 2014, formerly Nautitech Catamarans, to address the thriving catamaran segment.

The purchase agreement was concluded and notarized today between Bavaria’s management and CMP – with approval of the creditors’ committee and Bavaria’s administrator Dr. Hubert Ampferl – however must still be approved by the Federal Cartel Office before completion, expected in a few weeks. The parties have agreed not to disclose the purchase price, but informed industry sources suggest it is in the region of €20 million, which falls in line with CMP’s investment parameters.

Bavaria has delivered around 200 boats since the insolvency petition in April. After the end of the summer holidays, production restarted at a slow pace. “We plan to complete around 24 motor and sailing yachts in Giebelstadt in September”, said interim CEO of Bavaria Yachtbau, Dr. Tobias Brinkmann in an interview with floatmagazin.de. Since July, the employees have been paid out of the insolvency assets; short-term working arrangement have been applied for the 550 employees until the end of September.

Founded in 2000, CMP Capital Management-Partners is a German investment company which specialises in acquisition of distressed companies and turnaround opportunities in Germany, Austria and Switzerland.

CMP’s current investment portfolio consists of seven primarily industrial manufacturers, but no consumer-oriented companies.  According to the company’s website, CMP’s investment philosophy is to be a partner in the turnaround of its target companies, and after a period of stabilisation, grow the business for some three to seven years after which time it launches a selling process to look for a responsible and long-term investor.

“We would have liked to have sold the company as early as this summer”, Dr. Brinkman told the magazine Wirtschaftswoche yesterday. “Then the prospective buyer unfortunately withdrew which delayed the sales process.”

The insolvency of Bavaria came as a culmination of numerous management changes in recent years which had made an inherent strategy difficult, noted Brinkman. He said the model range had been hesitantly updated, and then eight new models were put into production at the same time, which overtaxed production. “Material costs rose, the boats were not completed on time and were more expensive than planned. All this had an impact on liquidity”, Brinkmann explained to Wirtschaftswoche. “The company’s indebtedness, on the other hand, played a minor role at best.”

In the final weeks of negotiations, the sale has attracted several serious buyers with credible offers. Recent reports indicated a Italian yacht builder backed by an Indian billionaire was the most likely buyer for the German business but the deal is said to have fallen through due to financing.

Among other rumoured buyers was the widow and family of the late Josef Meltl of Yachten Meltl - one of Bavaria’s top dealers based on Germany’s Lake Chiemsee and one of the previous owners of Bavaria Yachtbau.

When sold in 2007 for a reported €1.3 billion to Bain Capital – the industry’s second highest-ever purchase valuation after Candover’s 2006 acquisition of 60% of the Ferretti Group for €1.7 billion – the company was owned by two equal shareholders, the wife of founder and then managing director Winfried Herrman, and his partner Josef Meltl who rescued the company in the mid-1980s during another period of financial difficulties by purchasing some 300 unsold stock boats.

Started in 1978, Bavaria was building around 3,500 yachts per year at Giebelstadt, with sales of €271m for the 2006 fiscal year, and €79 million in earnings before interest, tax, depreciation and amortisation (EBITDA).

It was announced this week at Cannes that Yachten Meltl will be representing Dufour Yachts for the first time, adding to its previously exclusive partnership with Bavaria to become a multi-brand dealer. Other major dealers which have previously represented Bavaria on an exclusive basis may well follow suit. Maintaining the strength and loyalty of Barvaria’s existing dealer network will be a key factor for the builder’s future success.