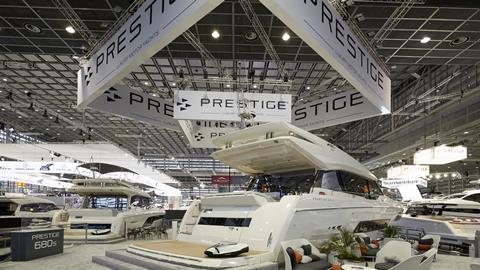 Prestige Yachts and the quiet revolution

Celebrating its 30th anniversary, the French boatbuilder is at the vanguard of change, as its parent Groupe Beneteau looks to transform the business of boating

One of the key launches at Boot Dusseldorf in January wasn’t a boat, but Raymarine’s new DockSense assisted docking technology, that the electronics firm unveiled jointly with partners Prestige Yachts. It’s the latest in a trickle of exciting new technology aimed at improving user experience and accessibility to boating. That Raymarine should partner with the French boatbuilder, which celebrates its 30th anniversary this year, is also significant. The launch revealed as much about Prestige’s ambitions as it did about new technology. 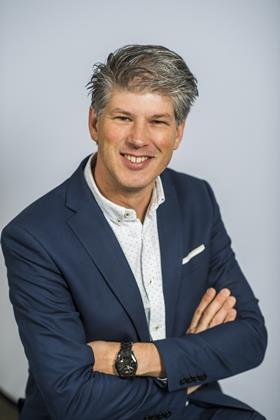 In case you hadn’t noticed, there’s a quiet revolution taking place at Groupe Beneteau. As part of its Transform to Perform programme, it is launching and acquiring new brands; expanding its manufacturing footprint and increasing its workforce – and its Prestige motoryacht brand is very much central to plans. The eagle-eyed at Boot Dusseldorf might have noticed the Prestige branding on its sizeable stand in Hall 6 – the bold sans serif Prestige name topped by four flags was minus the familiar nautical star of parent company Jeanneau – a subtle, but telling sign that the brand is being elevated to stand very much on its own two feet.

Another timely development saw the appointment of Erwin Bamps as CEO last November. The Belgian has a wealth of experience, notably in Asia and the Middle East, having spent much of the last couple of decades as CEO of UAE-based Gulf Craft. His international credentials are a perfect fit for a brand that is looking to raise its profile and reach.

“It’s all part of a larger narrative and key to that narrative is the belief that the boat business of today is not the way successful boat business will be operating in 10 years’ time – the way boats are constructed will change, the way they’re marketed and sold will change”

“The brand has given itself the task of lifting itself to another level and we’re doing that through innovation with purpose,” Bamps told IBI, speaking at the Dusseldorf show. “DockSense is a technology first for the market and an indicator that not only through innovation that we’ll differentiate the brand going forward but through key values of making boating more accessible, affordability and user experience,” he added.

According to Bamps, the Groupe-wide revamp is about “puzzling it together and seeing the bigger picture. It’s all part of a larger narrative and key to that narrative is the belief that the boat business of today is not the way successful boat business will be operating in 10 years’ time – the way boats are constructed will change, the way they’re marketed and sold will change.”

And Asia, given the fledgling nature of the market, looks destined to play a big part in shaping the narrative going forward. In short, it provides a good test ground for exploring new ideas: “In Asia there’s an opportunity to define the market completely differently. We’re questioning everything,” says Bamps.

“The industry is too focused on existing users, we need to open up to newcomers”

Increasing the accessibility and affordability of boats and boating is a mantra being echoed across the industry, but the size of Prestige and Groupe Beneteau lend Bamps’ proclamations added gravitas. “We have the sheer volume of clientele and buying power to push suppliers to innovate. We’re happy for Docksense to be adopted outside the Groupe – we want the entire industry to increase the levels of accessibility. We want the cake to be bigger for everyone.” 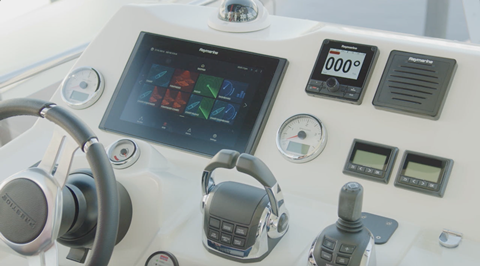 Spreading the boating message means no longer just preaching to the converted: “The industry is too focused on existing users, we need to open up to newcomers,” says Bamps, adding that converted customers also need to be encouraged to develop; “Many current boaters have the money to go up in size but are a little hesitant – simply they don’t know how to use bigger boats, so they’re reluctant to make the jump beyond 40ft into bigger flybridges – the reality is there is a big part of the market that is undeveloped in Europe and US, we’re not just talking about Asia/Pacific and the Middle East.”

The new-found drive is not about world domination, says Bamps. “Being the biggest has given us responsibility to carry it forward but at the same time staying true to the core values of the group – affordable, accessible, safe, family, reliable. It’s not about quantity domination of the market but taking the market to another level. A boat is just a tool, not a goal. We’re changing our scope. In this tool we need to provide multi-functionality of use.”

“It’s not about technology for technologies’ sake. It has to create a user-experience benefit and fit within the affordable concept”

Bamps appears to be revelling in the prospect of shaking the market up, backed with the knowledge base and resources of the giant Groupe Beneteau. “As a Groupe world-wide we have so much input, we’re learning so much. We can experiment with technology, approaches and layouts – that is the striking benefit of the company. Look at the boat community hub Band of Boats and Ship Control (it’s all-in-one onboard operating system), we’re investing in the user interface. But it’s not about technology for technologies’ sake. It has to create a user-experience benefit and fit within the affordable concept – the two together is the key.” Get it right and Prestige and its parent could unlock significant potential.