Multiple collisions, grounding lead to more than A$140,000 in damage to Crystal Blue 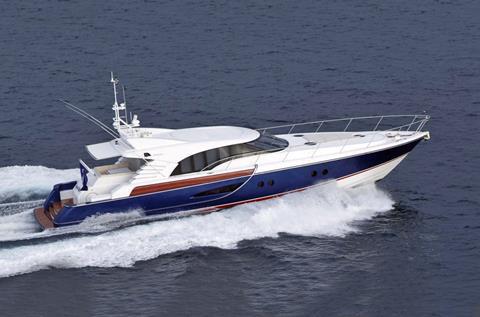 A 26-year-old Gold Coast woman working as a deckhand pleaded guilty to negligence in an Australian courtroom this week for her part in a series of collisions which caused more than A$140,000 in damage to the 80ft charter yacht Crystal Blue.

The court heard Cheya Handley, 26, had consumed a quantity of alcohol on March 3 last year before engaging in sexual intercourse on the vessel’s bow with the yacht’s captain, Jeremy Piggott, 46. “We were chatting, laying down, looking at the stars and then … got it on,” said Handley in a taped statement. “I should have known better, I screwed up big time.”

With no one manning a lookout and Piggott attempting to operate the vessel in the dark by remote control on the return to Gold Coast, the yacht crashed into a navigation beacon, careened into another yacht then struck land running hard aground. Piggott pleaded guilty to two counts of recklessly contravening his duty earlier this year, was fined $4,000 and given a two-year good behaviour bond.

Handley, who was fined $1,000 and given a six-month good behaviour bond for her part, was fired by the company following the incident, only to be subsequently re-hired and given a promotion.