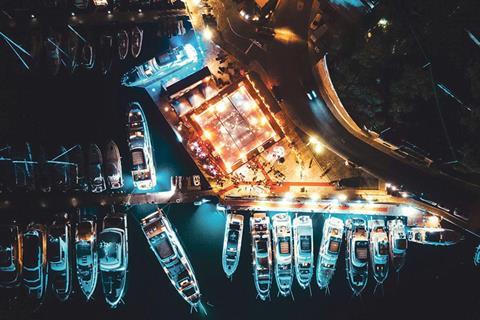 The second edition of the Azimut Lifestyle Week in Malta, held at Marina di Valletta and organised by local dealer Esprit Yachting Ltd, has proved a success. Some 450 people attended during the week, including 300 at the opening event, and two yachts – one of 15.2m (50ft) and another of 18.2m (60ft) – were sold. The event ran from October 18-25.

Esprit Yachting managing director, Niki Travers Tauss, told IBI: “The attendance was similar to the first edition held last year but we had much more to show as this year we had 11 yachts compared with six in 2018.” These included the Azimut Grande 27 METRI, which was making its debut in Malta.

Azimut Lifestyle Week is held to present the models in the Azimut brand to local people and highlight its diversity, plus give visitors an insight of the developments underway within Azimut such as its major investment in carbon fibre being used extensively in a number of Azimut models, especially to reduce weight.

In addition to the Grande 27 METRI, other models displayed included two yachts from the Atlantis collection, the 43 and 51; the Flybridge 60, 66 and 72 yachts; the Azimut S7 from the S Collection and the Magellano 43, 53 and 66 models.

Azimut Lifestyle Week is all about increasing awareness of the Azimut brand, so the event open to invited guests as well as the public, with yacht viewings and sea trials organised by appointment.

Azimut owners were invited to a number of exclusive events throughout the week. Attendees were pleasantly surprised to find the Marina di Valletta and all the yachts lit up in pink to celebrate and collect funds for Pink October.

Niki Travers Tauss, managing director of Esprit Yachting Malta, commented: “The feedback we received from visitors this year was astonishing and all the more rewarding because our team worked tirelessly to organise this event with a display of yachts that rivals most international shows.”

Marina di Valletta, in which Azimut is a major shareholder, is now almost complete. Travers Tauss explained to IBI that all the berths are now in place and the last part of the development is the new Club house, which is due to be completed by around May 2020.