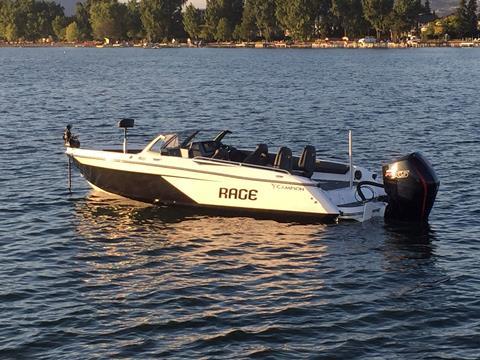 “Campion has never, in its 46-year history, come to a dealer meeting with so much to present its dealers with,” said Campion’s director of sales and marketing, Brian Milligen. “For the dealers, it was a bit like two days of drinking from an information fire hose.”

Campion has announced a number of changes since the company was acquired last October by KV Private Equity. Over the ensuing 11 months the company has implemented numerous executive changes including the hiring of Milligen as sales and marketing director and the appointment of Neil Gilbert as Campion’s chief designer. The launch of the company’s new logo – providing an updated, contemporary look – supports the wave of changes taking place at the venerable boatbuilder. Indeed, ‘Waves of Change’ was the theme for its 2020 dealer event.

The R22 marks the company’s first entry into the lucrative multi-species fishing boat category and is described as the first model in what will become an entirely new family of performance fishing models. Production is scheduled to begin in December.

The company further committed to launching 23 new models over the next five years, with future introductions to be scheduled quarterly starting in January 2020.