Largest superyacht to be constructed in Poland with 2021 delivery 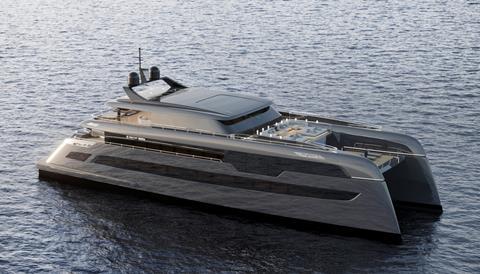 Sunreef’s new catamaran will be built at its facilities in Gdansk, Poland

A contract for a 49m (161ft) superyacht catamaran, which will be the largest superyacht to be built so far in Poland, has been placed with Sunreef Yachts by a client of Imperial Yachts. The order was announced at the Monaco Yacht Show and the craft is scheduled to be delivered in the second half of 2021.

The 1,350 GT luxury catamaran will be the most voluminous yet constructed. It will be built entirely at Sunreef Yachts’ facilities in Gdansk.

State-of-the-art engineering and radical naval design will be part of this new project and the tri-deck concept incorporates large outdoor living areas made possible thanks to the yacht’s broad 17m (56ft) beam. The superyacht will provide space for 10 guests and 17 crew.

“An exciting journey begins for us as we team up with Imperial Yachts on this fantastic project,” said Francis Lapp, Sunreef’s founder. “With this new concept we engage in an ambitious endeavour to build a yacht that the industry has never seen before.”

The Polish catamaran builder has developed a strong track record over recent years as a company specialising in luxury multihull design and build. Large, custom-built crafts in the fleet include vessels over 30m (100ft).