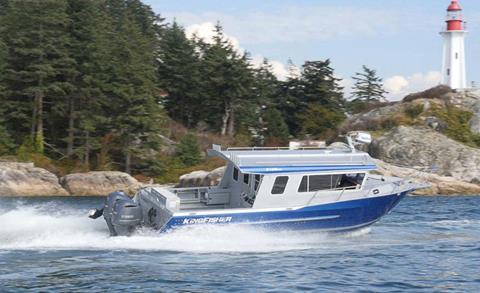 Vernon, British Columbia-based boatbuilder KingFisher Boats has been named one of Canada’s top employers as part of the 2019 Best Managed Companies program.

Kingfisher, which manufactures more than 30 models of heavy-gauge welded aluminium boats from 16ft-35ft in length, is a repeat winner of the quality designation, which recognises a company’s overall business strategy, capability and commitment to achieve sustainable growth.

Established in 1993, the program is considered one of the country’s leading business awards recognising Canadian, privately-owned and managed companies with annual revenues in excess of C$15m. Hundreds of companies apply to the program each year, while no more than 50 receive the designation, as determined by a judging panel that includes banks and government agencies.

“KingFisher is proud to be honoured once again with the Best Managed designation,” said Sarah Gregory, director of administration and HR. “This award is a testament to the skill and passion demonstrated by our team every day.”

Founded by entrepreneur Byron Bolton in 1992, KingFisher completed an expansion of its production facilities in December, in order to manufacture a greater volume of large boats for the booming offshore sport fishing segment in the Pacific northwest region.