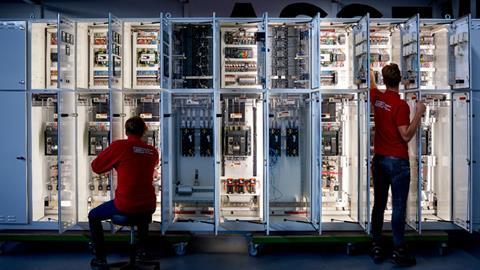 De Keizer Marine Engineering, a Dutch integrator of electrotechnical systems on sail and motor yachts, says its 2018 turnover ballooned by 45% to €50m and expects to repeat that in 2018.

“We are going through rapid growth,” says Edwin Nieuwenhuyse, De Keizer’s head of sales and customer service. “The reason lies in the increase in the size of yachts, the number of projects and their complexity, as well as client expectations,” he adds.

Van Nieuwenhuise told IBI his company is wary of expanding too fast. “We now grow with demand for new-build projects. We’ll get to a point soon when we may have to say ‘no’ to new projects. In fact, we have already turned down refits.”

A few years ago, De Keizer employed 200 employees. “Today we have 550 and that will soon rise to 600.” De Keizer says it is now working on 18 new-build projects and has done 34 refits in the past year.

That growth mirrors the performance of Dutch superyacht builders, whose sales in 2018 exceeded €1.5bn. Data compiled by Amsterdam-based SuperYacht Times shows the average price of a Dutch-built superyacht hit a record €86m last year, up from about €60m in 2017. Right now, 60 superyachts are in build across the Netherlands, of which 13 are 80m or longer.

Located on the western outskirts of Amsterdam, De Keizer operates 17 locations in Europe and North America, as well as the Caribbean.

It recently moved into production facilities six times larger than what it had. The new, squeaky clean hall contains mock-ups of yacht cabins and workstations where electrical systems are assembled. De Keizer installs up to 150 different electrical systems on a large yacht along with gear to monitor them.