The Dutch brokerage was the top Bluegame seller of 2019 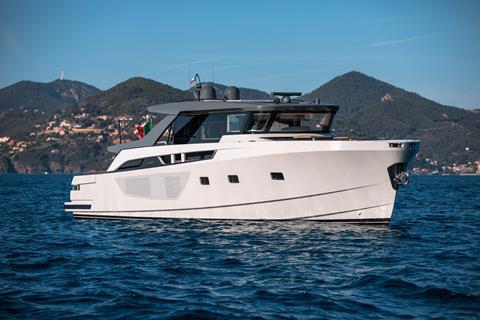 The Bluegame BGX70 will have its Northern European premiere at Düsseldorf

Dutch brokerage Lengers Yachts has been named ‘Bluegame Dealer of the Year’ by the founder and designer of the Sanlorenzo brand, Luca Santella.

This prize was awarded simultaneously with the unveiling of the new Bluegame BGX line. BGX70, the first model in the range, was launched at the Cannes Yachting Festival where it picked up the Most Avant-Garde Trophie at the World Trophies.

Lengers Yachts was the top Bluegame seller over the last year. Prior to the unveiling of the new BGX70 in Cannes, Bluegame announced that two units had already been sold – by Lengers.

The BGX70 is currently on display in St Tropez. In January next year, it will make its Northern European premiere at boot Düsseldorf 2020.