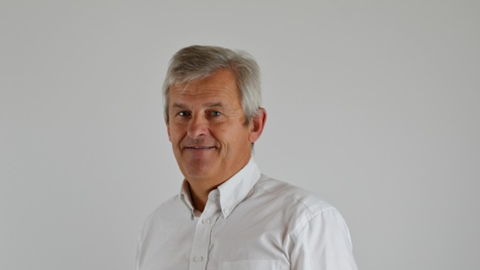 Groupe Beneteau’s new CEO, Jérôme de Metz, is being billed as a ‘facilitator’ and the man to set the French builder on its next development phase.

Talking to IBI yesterday, de Metz, who took over from Hervé Gastinel following his resignation from the role he had occupied for the last four years, outlined plans for a new brand strategy that will involve fostering a much closer working relationship between the builder’s 12 brands.

“My background is as an entrepreneur, I’m not from this industry,” de Metz said: “I’m here because of my expertise in getting people working together – we’re looking for excellence and more cross-fertilisation. We have 12 boating brands and we cover all segments in all countries – therefore we need a coherent brand strategy,” he said.

Prior to stepping aboard Groupe Beneteau – he joined the board on 8 February 2019 (four months ago) as independent director and was made chairman – de Metz was the founder of private equity firm MBO Partenaires, a post from which he stepped down from in 2017. His remit now is to develop a more Groupe-focused, unified portfolio approach.

“We recognise all that has been achieved by Hervé Gastinel but now we need a new step, we really want to work closely together and to make sure that all brands are elevated. We have the talent, we have the people, but in the past each brand wore their own cap – now they will have the same cap, the Groupe Beneteau cap. We will make the best decisions for the group together, not just for individual brands.”

To aid a new ‘cohesive’ approach, de Metz announced the creation of two specific departments. Christophe Caudrelier, previously chief financial officer in charge of Information Systems and currently deputy CEO in charge of European activities, will retain his current position and will now lead the Operational Excellence Department for the Group. Gianguido Girotti, previously general manager of the Beneteau brand, in charge of its product strategy, becomes deputy CEO and will head up the Boat Division’s Product Strategy Department.

“We have done a superb job over the last few years when it comes to innovations and new model developments,” explained Gianguido Girotti, “now we have to strengthen the identity of each single brand, taking inspiration from the auto industry and how they’ve created visual identities and range definition. We’ve seen the Jeanneau and Prestige brands develop over the last four years, it’s about continuous evolution. Jerome is the facilitator, we are going to share expertise.”

According to Girotti each brand will be analysed to determine its strengths and how it should be deployed in the market.

Groupe Beneteau currently has more than 200 products in its portfolio – it launched 38 new models in 2018 and had a further 32 product launches planned for this year.

“We want to respect the identity of each brand,” de Metz clarified, “but we want a coherent projection of what we can do with the portfolio of boats – thinking not individually, but as a Groupe.”

Gastinel’s decision to step down has taken the industry by surprise, especially given the builder’s robust sales performance of late. The Group’s Boat Division posted for the first half of its financial year ending 28 February 2019, a 5.6% gain to €403.8m, assessing its growth rate to be twice that of the global market which is edging upwards at an estimated 2-3%. The company confirmed its previous outlook for 2019, with expected full-year revenue gains of 4-6% – a forecast that remains on par today (3%-5%). De Metz’s appointment, it would seem, is as much about the man’s experience in team building. “The Board needed more reassurance that the teams could be brought together, they felt they needed a new man for that. Being an outsider to the industry, it is easier for me to do that than Hervé,” said De Metz, who has spent the last few months visiting the various management teams, getting to know the talent.

It is early days, and de Metz admits that as yet it is too soon to present a definitive, precise action plan yet – that will most likely be presented at the Cannes boat show in September. De Metz told IBI he was no interim manager, and that he had the full mandate of the board.