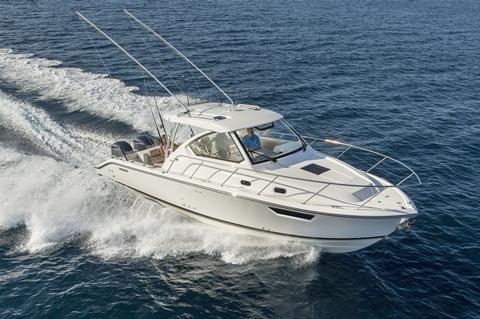 Van Isle Marina, serving the Pacific coast market from the southern tip of Vancouver Island in Sidney, British Columbia, has been named the exclusive Pursuit dealer for western Canada. The company plans to introduce the Pursuit line later this month by displaying an OS325 model at the Nanaimo Boat Show.

Dickinson notes that the dealership hopes to have additional models in stock for this winter’s boat shows.

Established in 1977 by Leon Slikkers, Pursuit Boats designs and manufactures a wide range of fishing and cruising boats. The company was acquired in 2018 by Malibu.