Sanlorenzo to implement IPO by year-end 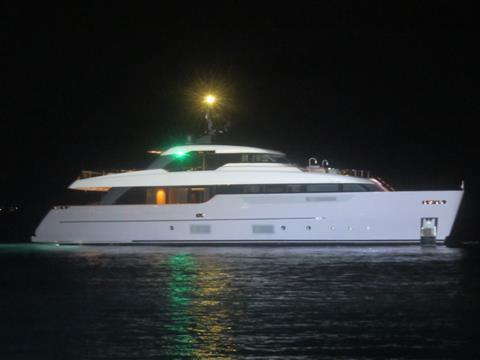 The Sanlorenzo SD96 is making its debut at Cannes

The pace of development at Italian superyacht builder Sanlorenzo continues apace. At its annual Cannes Yachting Festival press conference, the yard covered topics such as its upcoming IPO, new models in existing ranges, two new model ranges – one in the Yacht Division and the other in the Superyacht Division – and an ongoing high level of investment.

In respect of the IPO, Sanlorenzo owner and chairman Massimo Perotti said: “I cannot give exact details but we hope to complete the IPO by the end of the year. For the next two months we are working hard at shows but after that we will work on the IPO.”

Perotti confirmed his previously announced intention to allow a 35% share of Sanlorenzo to be listed, but emphasised that he will retain a controlling 60% share.

Perotti referred to dealing with potential investors and the process of outlining to them the group’s activities and strategies. Here he spoke about the Sanlorenzo team and its combined 600 years of experience and professionalism. The single Sanlorenzo branding comprising a number of products serving different market segments was also emphasised, as was the strong record of investment.

These segments include explorer yachts, crossover yachts, flybridge yachts, sport coupes, composite and steel navettas, and superyachts. The group plans to continue building around 50 yachts a year which carry Sanlorenzo’s ‘Made to Measure’ tag in which Italian quality both in build and materials is highlighted.

In terms of new product investment and new model launches, Sanlorenzo’s Yachts Division will have three new models. Two of these are the semi-displacement models – the SD96, which is debuting at CYF 2019, and the SD116 which will be at Cannes in 2020. The third model is the SX 112 which will be the largest model to date in this range, adding to the SX77 and SX88, and it will be launched in 2020. 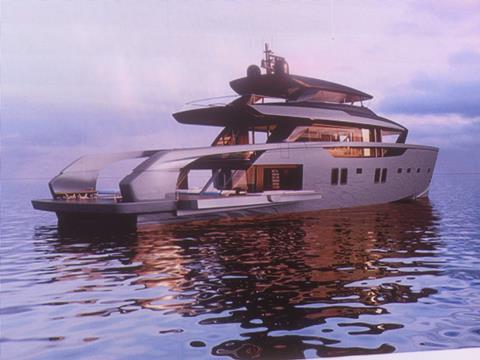 The Yacht Division is also to develop a new series called the SP range. The first model currently under development is the SP108. This is due to be launched in 2020. The new range will comprise three models of 93ft, 108ft and 125ft. Tilli Antonelli is working on the design of this new range.

Sanlorenzo says: “The objective of the project is to write a new, successful chapter in the yachting industry as has been done with the SX line, to offer a valued alternative to all the prospects waiting for a renewal of the performance yachts segment. This segment has been frozen for almost 15 years; nothing has been improved or changed. Sustainability, comfort and exclusivity are the founding values of the project.”

In Sanlorenzo’s Superyacht Division, in the steel superyacht series the largest vessel built so far by the company, the 64m Attila, was launched in May. This was built using Sanlorenzo’s 64m-68m platform and this is now being extended up to 70m.

As with the Yachts Division, a new series called Espace is being introduced to the Superyacht Division. This new range will comprise initially two models of 38m and 42m. The 42m is in build for a 2020 launch and the 38m is set to follow in 2021.