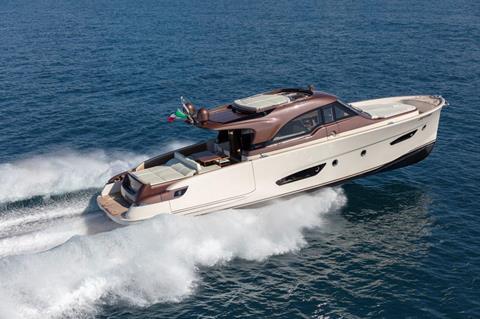 The SolarisPower 55 has a base price of around €1.5m

Italy’s Solaris Yachts has launched a new series of motorcraft called SolarisPower in an initiative that sees Norberto Ferretti, former head of the Ferretti Group, return to the yacht-building market.

Ferretti chose Solaris for the joint development of a new range of lobster boats from 14m-27m (46ft-88ft). “I was missing a direct involvement with boats and kept busy with my own projects, free as I am from the obligations of an established brand,” he says.

“Among the many boats that I have conceived over the years, I was especially smitten by lobster boats: a perfect combination of elegance, functionality and seaworthiness,” he adds. “These American vessels were originally developed on the Atlantic seaboard for lobster fishing and were soon adapted to the requirements of the East Coast aristocracy.”

The world launch of the first model in the series, the 16.8m (55ft) SolarisPower 55, had its premiere at the 2019 Versilia Yachting Rendez-Vous. The first model has already been sold and the second is in build for delivery in July.

The SolarisPower 55, like the rest of the new lobster range, was designed for superior marine performance and for cruising safely and comfortably even in rough seas. It features a cutting-edge propulsion system perfectly integrated with the shape of the hull – a solution that makes it unique in this motoryacht segment. It can efficiently cruise at low speed of 24-25 knots and an economic speed of 22-23 knots in displacement mode, as well over 35 knots, unlike ordinary boats with planing hulls.

The base sale price of the SolarisPower 55 is around €1.5m and it can come in two or three-cabin versions with a galley either on the main deck or the lower deck.

Ferretti has always shown a flair for building effective teams. For this project he has involved Brunello Acampora as boat designer, an expert in hull shapes.

Regarding construction, Ferretti has chosen the Solaris boatyard, owned by Giuseppe Giuliani. The entrepreneur founded Grand Soleil in 1974 and, by acquiring Dufour in 1999, gave shape to the second-largest sailboat group in the world. After selling this group to an American investment fund in 2006, he bought Solaris Yachts in 2011, multiplying revenues and volumes by a factor of five in just a few years. 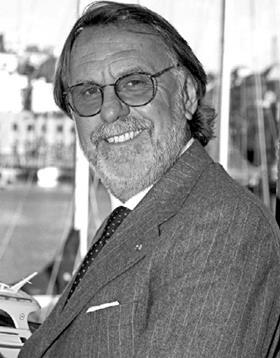 Today, Solaris Yachts is a European leader in the category of high-quality sailboats from15.2m-33.5m (50ft-110ft). Between the sale and the acquisition, Giuliani also established a production facility dedicated to motoryachts from 13.7m-33.5m (45ft-110ft). This plant, after producing boats for the most reputed international brands, is now SolarisPower, the boatyard behind Ferretti’s new dream boats.

The powerboat facility was merged into the group after the acquisition of Solaris Yachts. Its location, however, remains in Forlì, offering state-of-the-art infrastructure plus competent and experienced human capital. In the past 10 years, this facility built motoryachts from 44ft-100ft, including five 90ft luxury displacement boats. This boatyard is now SolarisPower and it will build the new range of lobster boats from 46ft-88ft.

The SolarisPower range claims to offer:

Ferretti wanted a very flexible and liveable yacht, and these requirements are present in all design solutions including:

The new generation of lobster boat is considered to be well ahead of other competitors in the market.