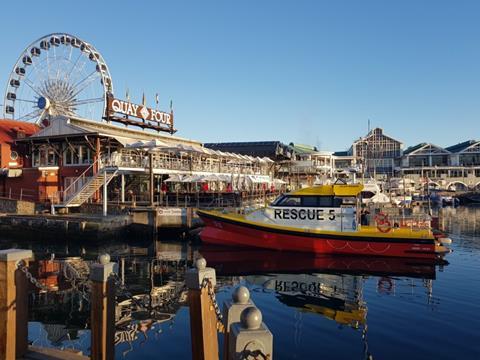 The first replacement vessel, which was officially introduced to the public last month, was produced in France by Bernard Shipyard. The hull, deck and bulkheads of a second vessel were transferred to South Africa to be completed by Two Oceans.

Commenting on the deal, NSRI chief executive Cleeve Robertson said: “It is our vision to support local people and local industries by having our rescue boats built in South Africa.”

The new boat design would extend the NSRI’s capabilities, the NSRI said in a statement, to mark the arrival of the first vessel. “Our commitment to our volunteer crew is to provide top-class rescue boats that are suited to the severe conditions in which we operate. The safety of our rescue crew and the people who we rescue is our priority,” the NSRI said.

Two Oceans Marine managing director Mark Delany said his company had always been a proud supporter of the NSRI and its mission. “We are excited to partner with the NSRI in building the new fleet of Search and Rescue vessels,” Delany said.

“Not only does this support an organisation which provides an invaluable service to all South Africans who use the sea, but also, by building these vessels in South Africa, this project supports local industry and job creation. Furthermore, the project will develop skills in the boatbuilding industry, most notably the specialisation of composite offshore search and rescue craft building.”

Company spokesperson Kirsten Veenstra says Two Oceans is expanding its range: “Technically our range goes up to 110ft at the moment and the Open Ocean series, which we are not limited to, to 85ft – and we can build bigger,” she said.