The blaze at Idaho’s Precision Boats is under investigation 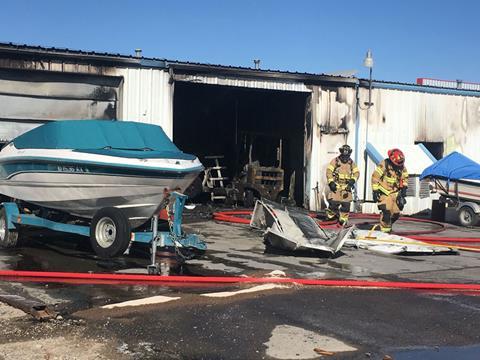 Firefighters were able to contain the blaze to the service area

A Sunday afternoon fire caused over US$750,000 damage to Precision Boats, an Idaho Falls, Idaho boat and motorsports dealer.

Firefighters were able to contain the blaze to the service area, which was a complete loss, but kept it from spreading to the showroom, which suffered light smoke damage.

No one was injured in the blaze, which is under investigation by the Idaho Falls Fire Department.