Higher revenues, profits and earnings driven by sales increases in both seasonal and year-round products 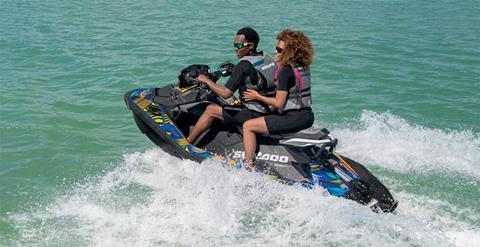 BRP posted record third-quarter results partially on the strength of growing sales of seasonal products, including snowmobiles and its Sea-Doo personal watercraft line

The company reported total net revenues of $1.64bn for the period ended October 31, 2019, representing a jump of 17.9% or $249.4m over the $1.39bn reported for the third quarter of 2018. The increase was attributed to 21% higher sales volumes of both year-round and seasonal products, including strong sales of ATVs and snowmobiles. Gross profit increased by 23.9% to $441.9m for the quarter, while continuing product investments drove operating expenses for the period up by 17.1% to $223.9m.

“We delivered once again a solid financial performance and our best third quarter ever,” said Boisjoli. “Our industry is performing well globally, and we continue to outpace it with double digit growth. As we look ahead, our strong third quarter results allow us to raise the lower-end of the guidance for our full year normalised EPS range, with expected growth of 19% to 23%.”

Revenues from BRP’s marine segment decreased by $3.4m, or 2.3%, to $142.4m for the quarter due to a lower volume of outboard engines sold, with the company noting that North American outboard engine retail sales decreased on a percentage basis in the low-teens range compared with the three-month period ended October 31, 2018. The impact of this decline for the segment was partially offset by additional revenues from Telwater, following BRP’s acquisition of the Australian boatbuilder in May.