Brunswick Corporation is reporting consolidated net sales of US$1,275.9 million for the first-quarter of 2019, up from US$1,211.4 million a year earlier. Diluted EPS for the quarter was 42-cents on a GAAP basis versus 99-cents on an as adjusted basis.

The company notes that the quarterly growth year-over-year was achieved despite its exit from the sport yacht market, which accounted for US$15.1 in Q1 sales last year.

Marine engine segment sales were up 11.5% during the quarter, with the acquisition of Power Products contributing approximately 8% to the growth rate. International sales, which represented 32 percent of total segment sales in the quarter, were up 15 percent compared to the prior year period. The segment reported net sales of US$766.0 million in the first quarter compared to US$687.1 million last year. 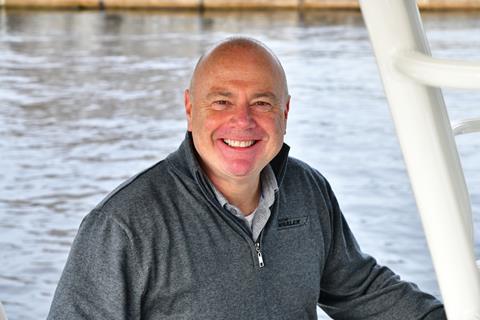 “Our outlook for 2019 remains consistent with our existing three-year strategic plan, with top-line growth and strong operating leverage generating solid returns for our shareholders,” said David Foulkes, CEO in a company statement

Brunswick expects its fitness segment to remain unchanged as it continues to seek a buyer, anticipating single-digit sales declines. For the quarter, the Fitness segment reported operating losses of US$139.1 million, which included US$138.3 million of restructuring, exit, integration, and impairment charges, mostly related to an impairment of goodwill resulting from a re-evaluation of the fair value of the Fitness reporting unit, which was informed by significant progress made on the sale process, and US$1.7 million of separation costs.

“Our outlook for 2019 remains consistent with our existing three-year strategic plan, with top-line growth and strong operating leverage generating solid returns for our shareholders,” said David Foulkes, CEO in a company statement. “Our full-year guidance for the combined marine business remains relatively unchanged. Absent significant changes in the macro-economic climate and the marine market, we anticipate overall revenue growth rates in the range of 8 to 10 percent which, while slightly lower than the previous estimate, still represents strong top-line growth for the year,” Foulkes added.