Lawsuit over 2017 delivery will cost Discovery over £1.5m in compensation, repair and legal fees

The future of the Discovery Yachts Group (DYG), which earlier this week faced serious financial issues and the prospect of going into administration, has been secured according to a company statement issued today.

The statement highlights the appointment of a new managing director and refinancing to ensure the group’s future but says nothing about a lawsuit dating from 2017 which will cost the group in excess of £1.5m. This latter amount involves compensation for the reduced value of a yacht, repair costs and legal fees. 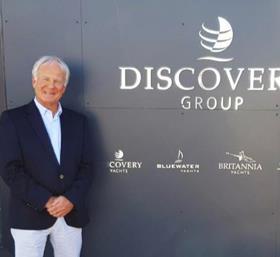 The new managing director is John Burnie, previously DYG’s group sales director and appointed with immediate effect to replace Sean Langdon who had held the position since the management buy-out in 2017. Attempts by IBI to talk with Burnie proved in vain up to early afternoon so some key questions about the restructuring of the group remain unanswered, such as what is the value of the refinancing, and where has the money been sourced from.

In the statement DYG said: “Primarily action has been taken to secure the future of the overall business and to place it in a strong position to facilitate further investment and growth. Our shipyard is a specialist operation building world class luxury blue water yachts. Following a restructuring of the business the group has now been refinanced enabling it to continue and participate in that unique yacht building tradition with confidence.”

As to Langdon, the statement explains that he will: “now concentrate his efforts on developing other projects and consultancy work” but there is no detail as to what these might be. It adds that “normal day-to-day operations in the business, particularly at the shipyard, are otherwise completely unaffected - the restructured company will continue to fulfil all customer orders in the usual manner. The new group is focused and now looking to the future - notably towards BOOT/2020 the Düsseldorf Boat Show in January where a new yacht will be exhibited. Further statements will be issued appropriately and in due course.”

DYG had previously announced that it will debut the new Revelation 480 model at Boot Dusseldorf next month. Ironically, today is the company’s Christmas party which may also take on a celebration of the group’s future being secured.

In respect of the lawsuit which was the trigger for the Discovery holding company potential facing administration, this centred on the delivery of a 58ft yacht called Elusive to Andrew and Maria France in 2017. The couple had planned to sail around the world but problems with the yacht, worth £1.5m new, prevented this from happening. The yacht reportedly developed leaks, had navigational problems which made the craft unseaworthy.

Following a court case involving the lawsuit against Discovery Yacht Sales Ltd. the court judgement awarded Mr & Mrs France £900,000 as compensation for the yacht’s reduced value; £432,000 to cover the France’s legal fees and £260,000 which related to repairs carried out on Elusive in the US.

Other unresolved issues in this case related to a Crowdfunding round in 2018 in which over 400 shareholders invested some £2.25m. Biniti Investment, a German company purchased 10% of the crowdfunding round and subsequently acquired a further 20% of Discovery Yachts through the purchase of shares from Langdon. The exact position of Binti Holdings in the current situation remains to be clarified, however it holds a fixed and floating charge dated the 15th of November over all the company’s assets.