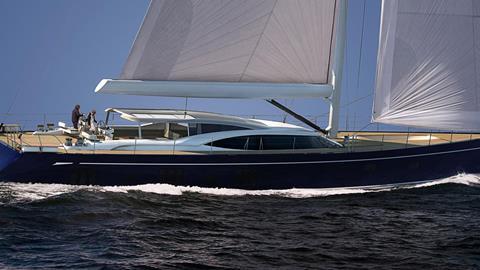 Financial accounts for the first year of operation of Oyster Yachts Group through 31 March 2019 reveal an impressive year of accomplishments to relaunch the 40-year old brand and all of its existing operations including yacht production, brokerage, charter, refit, and maintenance services.

Under the new ownership of sole shareholder Richard Hadida, Oyster Yachts Holdings has restarted all operations of the previous business which fell into Administration in February 2018.  Acquired by Hadida on 20 March 2018 for £5.9 million (including £5.1 million in cash), the Group rehired more than 200 employees from scratch, negotiated completion of 14 yachts left unfinished when the company collapsed, brought hull and deck construction in-house with a new composite moulding facility and launched several new models in its first 12 months. 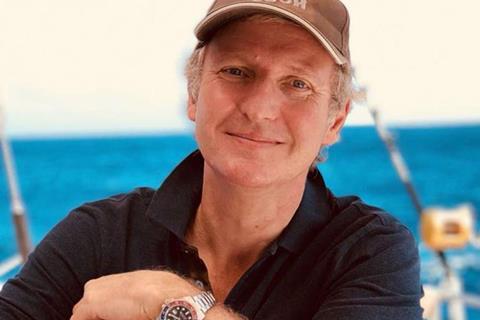 The first financial statements for the Group since acquisition, covers 12 months of business through 31 March in which all of the company’s operations were restarted, including Oyster Yachts Ltd. responsible for the design and production of new yachts.

According to the Strategic Report filed with the accounts, the timeline for achieving the Director’s three-year turnaround plan was ahead of what was anticipated when the business restarted.

The Group operates from three locations in the UK and has brokerage, refit and service operations in Newport, Rhode Island in America and Palma, Mallorca in Spain, across 11 subsidiaries which are 100% owned either directly or indirectly.

Group revenues for the first year totalled £24 million, while posting a loss of £8.7 million.

Tthe Directors said the majority of the anticipated losses for the year were attributable to the boatbuilding operation which generated revenues of £20 million, with operating losses of £7.3m before exceptional items of £1.6m for one-time start up costs.

Part of the first-year costs covered a significant new investment to bring hull and deck construction in-house with the establishment of a ‘state of the art’ composite moulding facility qualifying for Lloyds Register certification by the global classification society.  The Directors considered this an important strategic move to resurrect the 40 year heritage of the brand and regain customer confidence.

The financial problems that led to the collapse of the previous business are primarily attributed to the failure of the keel-hull joint in a previously sold yacht, leading to significant warranty claims by the owner, legal battles and unsuccessful insurance claims against the provider of hull and keel construction, which at the time was outsourced by Oyster.

The restart of Oyster Yachts also included completion of 14 yachts in mid-construction at the time the previous business went into Administration, with negotiation of new terms with each owner to finish the yachts. The unfinished contracts and yachts were not part of the purchase deal, but completing the projects was another strategic decision taken by the Directors to help restore the brand’s credibility.  The first of the uncompleted 14 yachts was delivered in July 2018 and the final yacht is scheduled for handover to its owner in March 2020.

Looking forward, the Directors said with new orders generated thus far across all models which range from 56 to 123 feet, would mean all production sites would be at full capacity by mid-2020.

Reviewing other developments both past and future, the Report focused on the successful launch of the new Oyster 565 in May 2019, and the Oyster 1225 in April which is the largest yacht in the fleet.

“2020 will see the launch of the new Oyster 595 blue water sailing yacht; the design and development of the yacht has been a key focus of the business across 2019.”  Additionally, the report said the full portfolio would be re-evaluated for further opportunities, including the possible introduction of a sub-50 foot model in 2020.

Richard Hadida, who is a life-long sailor, Oyster yacht owner, and successful games entrepreneur stated that he could not “imagine a world without Oyster yachts and so am investing into all the activities of the business to ensure there is a sustainable long-term future for the Group and want to be part of that future.”  He added that he “is committed to holding the shares for the long-term.”

“I look forward to the exciting developments across the next 12 months as we build on the success of the first year, continue to grow new yachts sales given the current momentum and order book covering 2020 production and grow the business.“

The company’s balance sheet was on solid footing at the end of its first year with new shares issued during the fiscal year at a value of £18.75 million, current liabilities of £7.5 million, current assets of £7.2 million, no long term debt, and a net cash balance of £3.5 million.