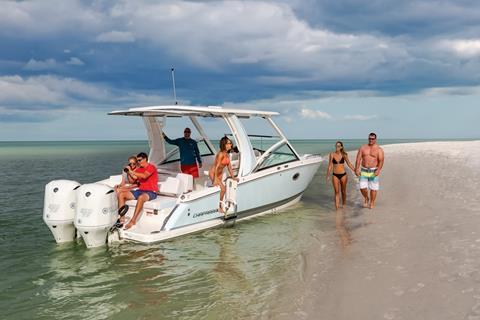 Marine Products Corp marked record revenues for its second quarter in spite of a slight dip in unit volumes, driven by demand higher-priced models like its new 300 OSX

“A broad-based shift in our model mix during the second quarter drove average selling prices higher. Sales of our new Chaparral OSX models contributed to this shift, but higher sales of other Chaparral and Robalo models contributed to the change in average selling prices as well,” said Marine Products’ president and CEO, Richard Hubbell. “At the end of the quarter our dealer inventory was slightly higher than at this time last year, but lower than at the end of the first quarter, indicating strong dealer sales to consumers during the last three months.”

Hubbell also noted that during the second quarter of 2019 Marine Products repurchased 65,407 shares of its common stock on the open market.