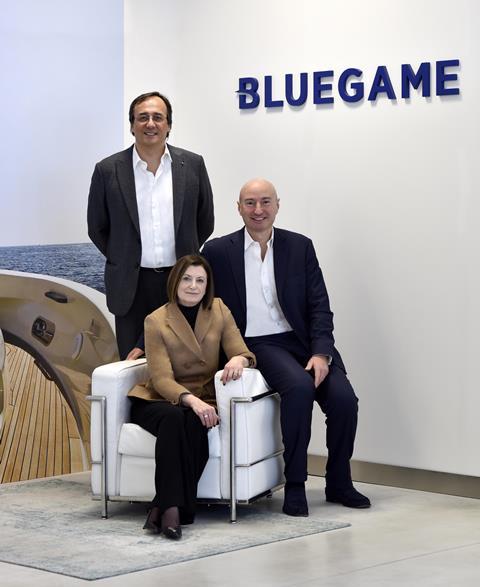 Keeping pace with the growth and expansion of Italian superyacht builder Sanlorenzo has been an integral part of covering the Italian marine market over recent years. It appears the momentum will be maintained going forward, as the group announces future plans that include further expansion, more investment, diversification and new acquisitions.

The driver behind all this is chairman and CEO Massimo Perotti, who just prior to Boot Düsseldorf announced that Sanlorenzo had become a totally Italian-owned company after he bought back the shares held by Chinese and Italian companies. He now controls 96% of the business through a family trust, which includes his daughters. Management holds the other 4%.

Following the successful 60th anniversary of Sanlorenzo in 2018, the group has what is described as ‘an ambitious and strategic plan’ to go forward. The plan, a company statement says, has been approved by the board. An increasingly strong financial performance is an integral part of the future of Sanlorenzo.

Sanlorenzo’s future growth is based on further expanding the core activity supported by the inclusion of new product lines, the development of the Bluegame brand acquired last year, and by the diversification into different segments and products complementary to the core business. New acquisitions are also on the horizon.

In addition, a strategic reorganisation and strengthening of management are underway to face the new challenges. This strengthening includes Ferruccio Rossi, former managing director, assuming the position of CEO of Sanlorenzo Spa. He is also appointed president of Sanlorenzo Superyachts, the company division dedicated to metal models over 40m, which in recent years have recorded particularly significant production volumes and a significant increase in revenue.

The strengthening also involves Carla Demaria, who has been co-opted to the Sanlorenzo Spa board following her departure from Monte Carlo Yachts last November where she was president of the Groupe Beneteau division. Demaria is also current president of UCINA, the Italian marine industry association, and her career has included 20 years with the Azimut-Benetti Group.

At Sanlorenzo, Demaria will oversee the development of the new business opportunities envisaged by the plan and the current extra-core business activities of Sanlorenzo. In particular, she assumes the position of CEO of Bluegame.

Sanlorenzo will have put €100m into facilities, product development and R&D and branding during the 2017-19 period. Some of this was a result of the new relationship formed in 2018 with Studio Lissoni Associati, which is now an integral design element in Sanlorenzo’s activities. This includes the new Sanlorenzo Superyacht headquarters, and the yard upgrades.

At Düsseldorf, Perotti told IBI: “Over the next two years we will launch a new model line – the SL Sport Coupe, which will have models of 13m (42ft), 16m (52ft) and 19m (62ft).” The first model of the Sanlorenzo Open Coupé line is already in preparation, a segment in which the brand believes it can provide a strong renewal momentum and major investments.

In addition, new lines are envisaged for the Bluegame brand. Perotti told IBI that this will bring the BG50, BG60 and BG70. Sanlorenzo sees that the launch of this new SL model range and the new BlueGame models will be accelerated by acquisitions, allowing diversification and expansion of the group’s product offerings. These acquisitions are currently under consideration.

With an interest in providing a global proposal to the customer, the creation of a business unit dedicated to new innovative initiatives borrowed from more advanced sectors is also planned.

One further area to grow is the new Sanlorenzo Academy, which was launched last year to provide both qualified workers and crew opportunities across the group. In Düsseldorf, Perotti explained to IBI that a dedicated facility for the Academy had now been acquired in La Spezia.

“We plan to increase the numbers in the Academy from 60 last year to between 120 and 150 through this year. This is essential to provide the people that we need for building the yachts and crewing our yachts. We are developing six lines of courses to meet all these needs.”

In summary, Perotti comments: “I consider the strategic plan approved by the Sanlorenzo board both highly ambitious and realistic. The steps in the direction of strengthening the organisational structure, through the acquisition of consolidated managerial experiences and greater delegation, make me confident that we will succeed in meeting our objectives.”