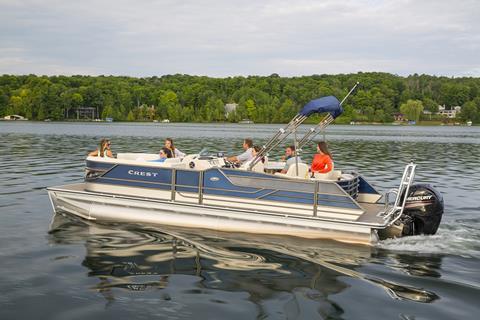 MasterCraft reported gross profits of $25.5m for the first quarter of 2020, driven in part by an incremental $2.6m contribution from its newly-acquired Crest pontoon boat brand

For the quarter ended September 29, the US-based boatbuilder reported net sales of US$109.8m, marking a year-over-year increase of 17.2% over the $93.6m reported for the first quarter of 2019. Revenues for the quarter include new contributions from Crest Pontoons, acquired during the second quarter of 2019, and the company’s new Aviara luxury day boat brand, which began selling during the period.

“Despite a challenging retail demand environment this past summer due principally to bad weather, the combined strength of our brands and improved retail activity in the fiscal first quarter of 2020 led to improved dealer inventory levels at the end of the quarter. We remain on course to drive continued dealer inventory improvements through the boat show season, allowing for healthy dealer pipelines ahead of the peak summer selling season and beyond.”