Revenue in the Yacht division, however, was described as ‘stable’ 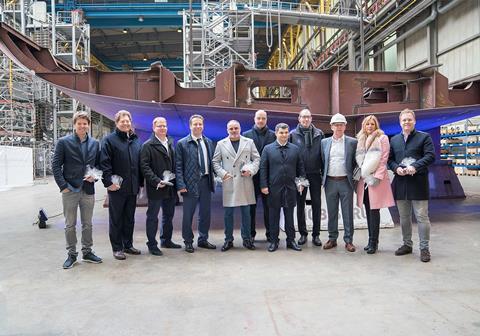 London, UK-based superyacht design studio, Winch Design Ltd, increased its turnover and pre-tax profit in the financial year ended May 31, 2018. The company, which also undertakes design work on houses, aircraft and other projects, described its yacht design activity as being ‘stable’.

In its annual filing with Companies House, Winch Design reported that while revenue from yacht work was stable, aviation revenue had almost doubled and that growth from architecture was around 20%.

The company stated: “New business enquiries and conversion of those enquiries continues at an encouraging level and indications are that the current year will see revenues sustained or a small amount of growth on the year ended May 2018. Within this context, the company will continue its longstanding and successful strategy of investment in new technology and recruitment of the most talented designers and technical experts.”

Earlier this year, Winch Design shared in the laying of the keel of the 77m (263ft) Black Shark at Nobiskrug. Last August the 110m (364ft) Tis was launched at Lürssen and the company has also been involved with the 83m (272ft) Cosmos project at Heesen.