As the largest B2B event for the leisure marine sector prepares to open its doors in Amsterdam next week, the 31st METSTRADE Show is set to be the largest and most inspirational to date. Nearly 1,600 exhibitors from 50 countries have booked a spot at this year’s show – a 3% increase over last year’s edition – and 237 companies will be exhibiting for the first time. 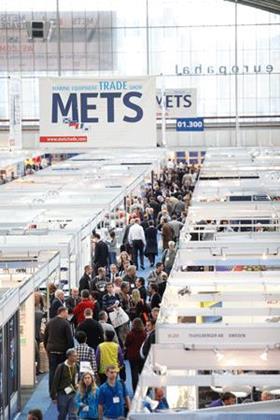 The number of visitor registrations also indicate that last year’s total of 16,307 unique visitors and 24,856 visits may well be exceeded.

The METSTRADE Show takes place at the RAI Amsterdam convention centre from November 13-15. However, the Dutch capital will be even more lively than usual over the weekend before the show opens, as exhibitors and conference delegates begin arriving and initiate the first of many meetings.

With major partner events such as The Superyacht Forum and the 50th edition of the HISWA Symposium on Yacht Design and Construction already starting on the Monday morning, METSTRADE revolves around more than a three-day trade show. The vibrant business vibe spreads beyond the exhibition halls into the city of Amsterdam, with networking drinks/dinners, knowledge exchange nights, awards evenings and various gatherings of marine media and marketing professionals.

“No matter how well people communicate by email, regardless of how pleasant the phone calls, nothing beats face-to-face meetings. And as well as being good for commercial purposes, the personal connections made during the METSTRADE week serve as an unrivalled source of inspiration and creativity for the year ahead,” says RAI Amsterdam’s Maritime Director, Irene Dros.

“Our goal is to offer the global boating industry the best possible platform for business and for one-to-one personal encounters as people make new contacts and share expertise,” she adds. “The new Meet & Mingle event on Monday 12 November is a good example, giving several hundred stand personnel the chance to take a break from the build-up and get to know their fellow METSTRADE exhibitors.”

Also new for this year is an extended SuperYacht Pavilion that will accommodate 325 exhibitors in three halls, and a new networking area called the Shipyard. The Construction Material Pavilion has also been extended to accommodate 59 exhibitors. The CMP will feature Round Table sessions on materials & methodologies and rapid prototyping & 3D printing plus the Material District pop-up on the theme of ‘New Luxury’. There will be 69 exhibitors in the Marina & Yard Pavilion.

Also increasing in size and scope is the E-nnovationLAB platform for electric propulsion technology, reflecting the growing demand for hybrid and electric engines in the leisure marine market. This will have an even more prominent position in Hall 7 with 12 different stands and 11 showcase displays by exhibitors who have a stand elsewhere.

There will also be a new E-Lab stage where the revolutionary products in this part of the show will be visualised in a personal way.