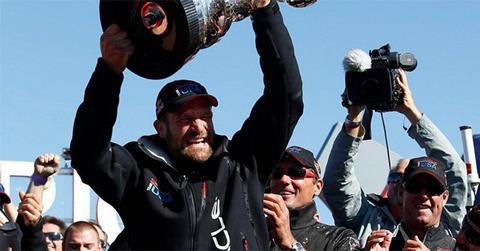 Four challengers for Emirates Team New Zealand (ETNZ) have been confirmed for the 36th America’s Cup by Prada race series to be held in Auckland in 2021. This point was reached today, the late entry deadline for applications.

The deadline saw one team, DutchSail from the Royal Netherlands Yacht Club, withdrawing, citing financial constraints, and another, the Long Beach Yacht Club’s Stars & Strips Team, confirming. The possible entry from the Royal Malta Yacht Club withdrew over a month ago.

Simeon Tienpoint, DutchSail skipper, commented: “The team are hugely disappointed they won’t be on the start-line in 2021 but they couldn’t raise the funds necessary for the expensive AC75 monohulls introduced by Team NZ. This was our chance to do it for Holland and show you could put it together as a country, not just one rich man.”

The four challengers for ETNZ will be: