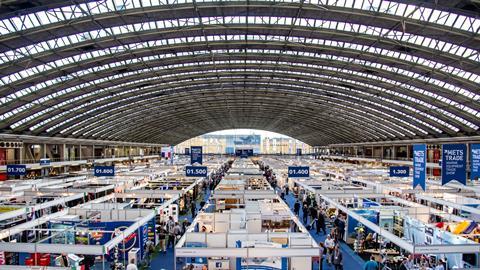 Issues related to the environment, circular economy, digitisation and sustainable employment will all be covered at this year’s show

With two weeks to go before the METSTRADE Show opens for business, the RAI Amsterdam Convention Centre is already buzzing. An unprecedented number of pre-show visitor registrations mean that the 1,650-plus exhibitors from 55 countries have much to look forward to.

The show programme is also more comprehensive than ever, one of the reasons perhaps why a record number of 250 new companies will be showcasing their wares at METSTRADE 2019, including a number of new entries in digital innovations and many start-ups with a sustainable character.

“One of the most pleasing aspects of these new exhibitor numbers is that they come from 35 different countries,” comments Irene Dros, maritime director of the METSTRADE Show. “This is a direct result of our strong partnerships with ICOMIA and its members, as well as content and media partners such as IBI. It also reflects the sterling efforts of the RAI’s global representatives and project team, and the ongoing success of our co-ownership partnership of the International Boat Builders’ Exhibition & Conference (IBEX) in the United States.

“Working together with other renowned international associations such as SYBAss also shapes the METSTRADE Show, as does the work of the exhibition committee, expertise panels, speaker panels, entry committee and the members of the DAME and Boat Builder Award juries. This is an event arranged by the people of our sector for the people of our sector, and that is key to its ongoing growth.”

The success of the METSTRADE Show revolves around much more than numbers alone, however impressive the figures may read. What also counts for attendees is the broad added value on offer in terms of networking, social gatherings and the countless opportunities to learn.

The opening ceremony on the morning of Tuesday 19 November sets the gold standard. The traditional Breakfast Briefing keynote will be given by Feadship director Henk de Vries who will examine the vital role played by family ties in the evolution of many yachting companies as well as ways to enrich the workforce in today’s crowded jobs market. His speech will be followed by the presentation of the DAME Design Awards.

The 32nd METSTRADE will also feature a record number of speakers on the various knowledge platforms spread around the event: the Construction in Process Stage, E-nnovation Stage, Young Professionals Club Stage and I-nnovation Stage. Dialogue after the sessions on the latter will be enhanced by the introduction of a Speakers Corner. The I-nnovationLAB will also host three panel discussions on the issue of sustainability, focused on global biofouling, end-of-use boats and the latest environmental situation in the leisure marine sector as a whole.

“The ultimate goal of our educational and knowledge-sharing programme is to cover current and future topics which relate to the developments of the industry,” adds Dros. “Over the past five years we’ve been actively increasing the number of sustainability initiatives at three distinct levels: reaching out, networking and sharing information about sustainability-driven initiatives.”

A fine example of the new wave of initiatives addressing such topics at METSTRADE 2019 will be the high visibility in and around the RAI of the show’s partnership with the Water Revolution Foundation, aimed at driving forward sustainability throughout the yachting industry. Other specific areas of the show with an eco-focus will include the MaterialDistrict presentation, this year dedicated to biobased and recycled raw materials, and the electric and hybrid information sessions on the E-nnovationLAB stage.

The overall congress and content programme will be bigger than ever at METSTRADE 2019. This will include the NMEA education seminars and the Superyacht Forum, which opens its doors on the Monday before the show. PIANC RecCom, the Recreational Navigation Commission of the World Association of Waterborne Navigation Infrastructure, will host a Marina Design Training Programme on the Tuesday and Wednesday, while the Global Marina Institute (GMI) will be offering a series of sessions and showcases in this specialised field on Wednesday.

The evening of Tuesday 19 November will see the fifth anniversary of the Boat Builders Awards at Amsterdam’s iconic maritime museum. The growing amount of business support for this award has led to the location of a dedicated hospitality lounge over the three days of the show open to all sponsors of the award.

METSTRADE is always a sociable affair, with lots of gatherings designed to bring people together. On the evening before the show officially opens, for instance, the second edition of the Exhibitor Members Mixer will be held, an ideal networking opportunity for those who do not have much time to leave their stands once the event gets underway.