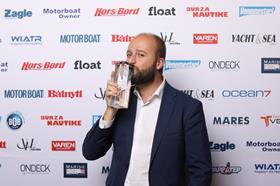 The winners of the Best of Boats Awards (BOB Awards) were presented at the Boat & Fun Berlin boat show in Germany last week.

For the fifth time, a jury of 17 international trade journalists honoured the best motorboats in the categories Best for Beginners, Best for Fishing, Best for Family, Best for Fun and Best for Travel, having previously tested 550 boats in 19 countries.

“The Best of Boats Awards have established themselves as the biggest motorboat awards in Europe,” says Stefan Gerhard, BOB Awards chairman. “As an international team representing 15 countries we are grateful to the large and small boatbuilders who made these tests possible.”

This year’s winners are as follows:

“When we test these boats our focus is on the user,” Gerhard explains. “Thus, the BOB Awards are a seal of approval for boats that stand out from the greater market.”