The first four events of the winter boat show season in America came to a close last Sunday with a decline in attendance figures but positive reports of strong sales and qualified buyers.

The US based National Marine Manufacturers Association reported that its first four boat shows of the winter selling season closed last Sunday with a decline in attendance figures but positive reports of strong sales and qualified buyers. 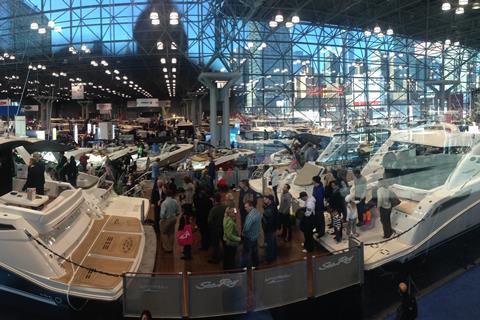 NMMA’s New York Boat show - the world’s first and oldest boat show - is one of the many upcoming events that will set the tone for the US boating season in 2019.

All four shows were said to enjoy good media coverage and buyer enthusiasm, but in some cases were hampered by weather or competing sports events.

Chicago’s Boat, RV & Sail Show saw final attendance at 42,895 down 12% from 2018 due to heavy snowfall in the area Saturday afternoon. Snow and a sports event involving a local team also impacted the Kansas City show where the total attendance of 11,049 posted a 43% drop compared to 2018.

The upcoming weekend will host five more shows in popular boating markets including Louisville, New York City, Minneapolis, Chicago and Baltimore. All eyes will also be on the Miami International Boat Show, taking place February 14-18, considered the key bellweather event for the US industry’s 2019 season.