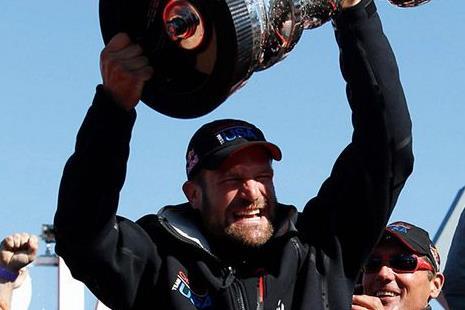 This latest entry brings the number of challengers for the America’s Cup series to six, plus the defending Emirates New Zealand team. The other five challenging teams are:

This means that the 36th edition of the America’s Cup, due to be held in Auckland in 2021, will have the most challengers since the 32nd series held in Valencia, Spain in 2007.

“We will be reaching out to Prada and the Challenger of Record to discuss further planning for the events in light of this exciting news. We are hoping and expect them to embrace this latest entry in line with the underlying philosophy of the America’s Cup being a friendly competition between foreign countries.”

Emirates Team New Zealand has advised the Auckland Council and government that there is an option not to build the Hobson Wharf extension if there are not six challengers, as five teams can be accommodated on Wynyard Point, saving taxpayer money.

In the first wave of challengers accepted in the January-June 2018 period, three were submitted from the UK, Italy and the US. Initially, eight Notices of Challenge were received by the late entry deadline of November 30, 2018, of which Malta, the US and the Netherlands were submitted and accepted.

The programme for the 36th America’s Cup is scheduled as: