Show organisers acknowledge Paris strikes will impact this year’s show, but say the quality of services will be maintained.

Paris was in chaos yesterday as hundreds of thousands of protestors took to the streets amid widespread strike action fuelled by anger at proposed pension reforms. As a consequence, exhibitors had a hard time getting into the city but fortunately conditions have improved today and final preparations for the show’s opening tomorrow are in full swing.

The organisers reminded participants that the Porte de Versailles venue located in south Paris, is an area of the Capital which has generally been less affected by such strikes. Additional parking provisions have been arranged, special rates are available on public transport and the show website is carrying real-time updates on the transport situation at:  www.salonnautiqueparis.com 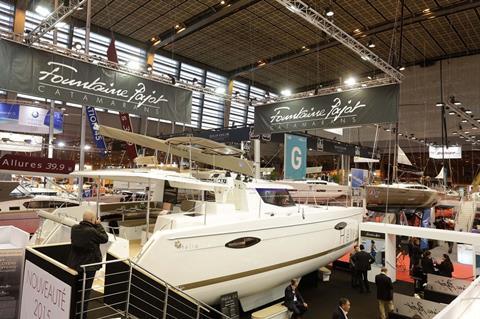 Nearly 1,000 boats are on exhibit at this year’s Paris show.

Paris has been one of the few consumer boat shows around the world to have maintained a steady attendance of over 200,000 visitors in recent years and remains a key event on the European show calendar.

Now under the management of the Federation Industries Nautiques (FIN), which took over from Reed Expositions in 2017, the nine-day show will feature some 800 exhibitors and many special features of public interest.

Speaking today, FIN’s President Yves -Lyon Caen said, “We knew that the month of December would be complicated but we wished to maintain the quality and appeal of the show. Our exhibitors, along with our visitors, have already been severely impacted by the strikes but we are hopeful that they do not have to suffer further disturbances.”

Foreign professional trade visitors will benefit from being able to use a dedicated professionals meeting area in Hall 2.1 including access to the beach bar and are invited to join a networking night for exhibitors and trade visitors in Hall 2.1 on the 10th December at 19.00. They can also request a free courtesy car provided by Volvo Cars France for one-way transport from the exhibition to their designated airport or train station when departing the show. This amenity must be pre-booked three days in advance by calling +33 (0) 784 43 15 79.

Following visits to the show next week by IBI editors, a comprehensive market report
on the French Industry – worth an estimated turnover of €5.3 billion and 44,000 jobs –
will be published in the February/March issue of the magazine.

For further facts and features on tap, click below to download the Paris Nautic show preview published by IBI, including a profile of major trade OEMs and exhibitors who will be at the show. 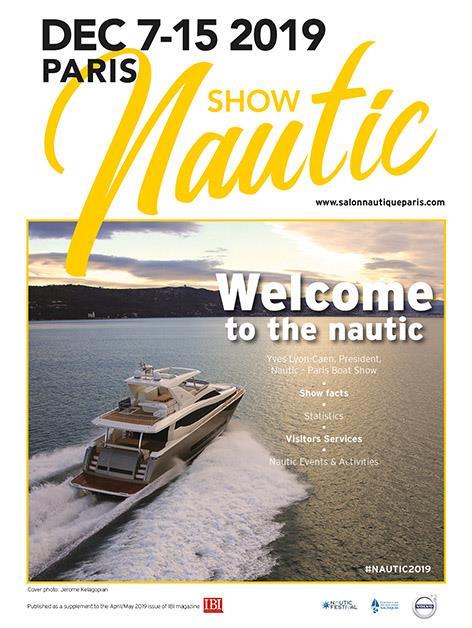