First of the Nordic boat shows comes to a succesful end 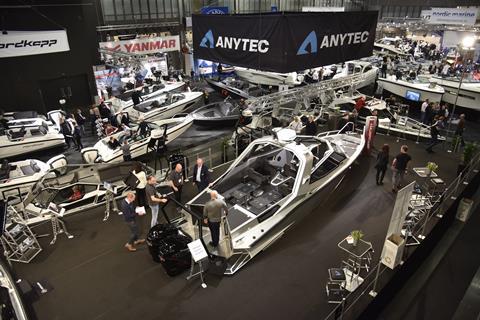 Exhibitors at the 60th Gothenburg Boat Show, which closed on Sunday after a 10-day run, have reported strong sales. In total, around 56,792 people visited the Swedish show (56,892 in 2018), which is seen as a barometer of the Nordic boat market.

“We’re very satisfied with this year’s show,” says Jacob Ryder, the business manager in charge of boat shows at the Swedish Exhibition & Congress Center. ”There was a good mood on the floor and a lot of visitors took the chance to get a taste of summer.”

Of the 423 boats displayed at the show, all new models were powerboats. Sailboats were shown by brokers on a bridge with used boats. They also reported good sales, with nine boats sold by one of the companies during the 10-day show.

A new boat brand – IRON – was also introduced at the show. It was developed by Ironbrothers, which sells around 300 BRIG RIBs each year in Sweden, together with the Mannerfelt Design team. IRON consists of three different models of powerboats.