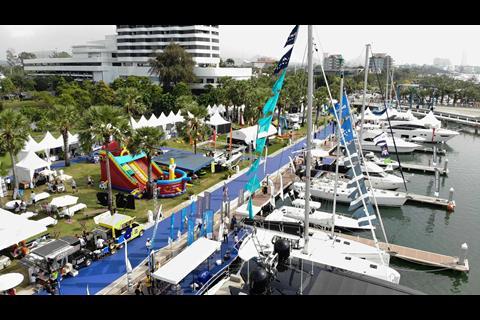 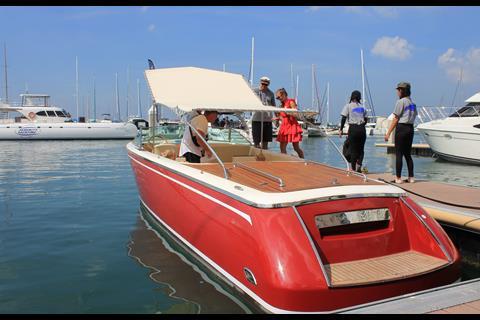 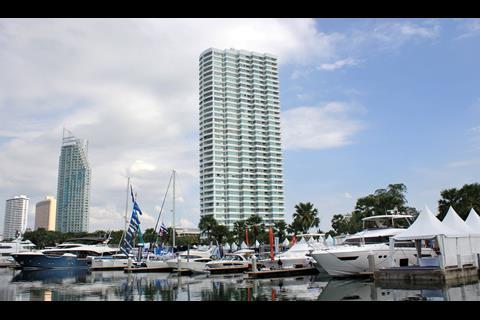 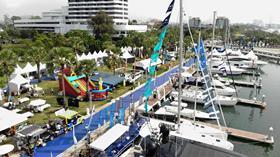 More than 6,500 visitors from more than 20 countries attended this year’s Ocean Marina Pattaya Boat Show, which ran from November 29 to December 2 in Pattaya, Thailand. Boat dealers and brokers talked of “visitor quality” and leads secured at the show which, having set-up test drives and trials post-show, they aim to turn into solid sales.

According to event organiser the Ocean Marina Yacht Club, exhibitors generated around 100m baht in sales during the four-day event, and post-show business is expected to increase five-fold.

Pan Pacific Motorboats sold five boats at the show, setting a new record for the most boats sold onsite by a single exhibitor. “We’ve had an excellent show securing four contracts over the first three days for our 27ft Classic Motor Launch, which is built here in Pattaya, and on the final day we sold the display boat to a customer from Taiwan and will be shipping it overseas immediately after the show,” said Alex Dales, Pan Pacific’s managing director.

Looking to expand beyond its Nonthaburi base, Khana Yacht Charter exhibited for the first time with their Carver yacht. “We offer both sales and charter and have had a lot of interest at the show in particular on the boat sales side. Our display has been busy throughout and I would say interest has been 80% from foreigners and 20% from Thais,” says MD Kanawut Banchakorn, whose company is looking to expand business into Pattaya and later Phuket.

Head-turners in the water included the MCY96 by Simpson Marine, which hosted a Venetian-themed VIP dock party to celebrate the yacht’s Asian premiere. Other luxury motoryachts included the Princess 68, displayed by Boat Lagoon Yachting, and the Aziumt 66 showcased by official distributor MGC Marine.

New in the water this year was the Jeanneau NC33, which recently cruised up the Chao Phraya River in Bangkok to celebrate the launch of mega shopping mall ICON SIAM, and Sunseeker exhibited for the first time promoting their range of yachts and new luxury Sunseeker charter operation, Platinum Cruises.

“It’s been a busy four days and a successful show,” said Scott Finsten, Harbour Master of Ocean Marina Yacht Club. “Feedback from exhibitors has been excellent with sales reported across the range of products on display – we’ve recorded more than 100m baht of sales at the show, and with many boat dealers having confirmed solid leads I would expect that number to increase up to five times as additional sales are booked post-show.”

The 8th Ocean Marina Pattaya Boat Show will be held at Ocean Marina Yacht Club from November 28 to December 1, 2019.