The International Council of Marine Industry Associations (ICOMIA) recently congratulated IMCI, the International Marine Certification Institute, on its 25-year anniversary and honoured the group for outstanding contributions to ICOMIA. 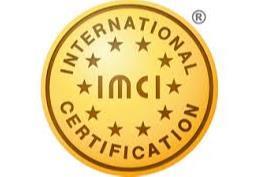 IMCI has been an active ICOMIA member since 2000, contributing to several committees. Ulrich Heinemann, IMCI CEO, has chaired the ICOMIA Technical Committee for the last nine years.

Registered as an international non-profit organisation in 1993, IMCI has developed several certification programs and has diversified its support of the marine industry for different target groups:

IMCI performs CE certification according to the Recreational Craft Directive 2013/53/EU and is considered by many to be the leading Notified Body for CE certification under the RCD. Today the group has more than 2,800 clients in more than 75 countries, and has certified more than 20,000 products.