If you are registered to receive the digital edition of the magazine,
click here to view the current issue now.

If you are not subscribed already, REGISTER NOW to sign-up for your complimentary copy of IBI magazine, in print or digital format. 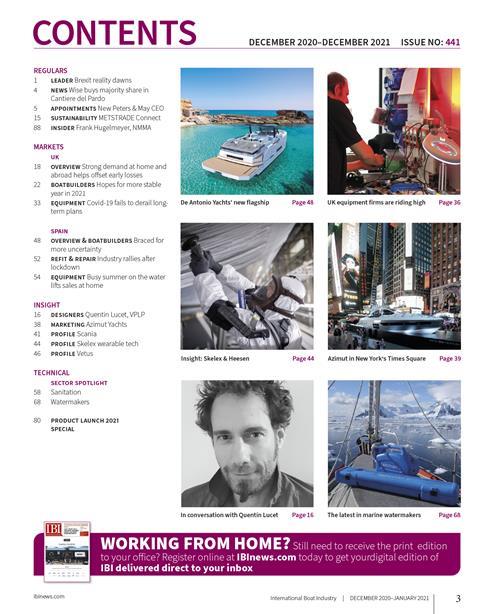 AS I WRITE THIS, it is now 17,488 days since the first of January 1973 when the UK embraced the concept of being more than an offshore island and joined its continental European neighbours in the great enterprise of the European Union or the Common Market as it was then called.

With only a few days left until the first of January 2021, it appears that the UK will take the peculiarly retrogressive step of withdrawing from the world’s second largest economic and social union without a clear agreement with the EU on the fundamental post-Brexit landscape.

As a young editor of this magazine in 1973, I remember vividly how excited many people in the country were at the possibilities on offer of becoming integrated into the concept of a United Europe.

I recall commissioning a front cover of the magazine which symbolized the new opportunities which our relatively small country would benefit from – gaining easy access to a market which now numbers 445 million people – benefits that our boat builders and marine equipment manufacturers would enjoy free of the restrictions and undue administrative burdens of earlier years.

It was with much sadness that I more recently witnessed the 2016 referendum which determined that a majority of the British population wished to turn inwards and try to recreate some lost sense of former national identity and the concept of self-determination – which in today’s world of increasing globalisation seems as outdated as the concept that everyone in the UK still exists on a diet of roast beef or fish and chips.

I hope the next few days proves me wrong and that the UK and the European Union can reach a degree of accord on how the British nation, while having exited the EU, can still come to terms with the fact that it needs to seek an accord on the practical realities of cooperating with its continental allies for the social and economic benefits many of which will otherwise be lost.

If you are already registered on ibinews.com and qualified to receive a digital version of IBI free of charge, CLICK HERE to view the current issue.