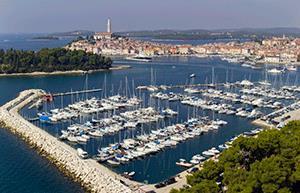 Dogus said that its marina network, D-Marin Group, has been experiencing rapid growth. The Turkish business had received a number of bids for its shares in ACI Marinas, according to local paper Jutarnji List.

The value of the deal was not disclosed.

Based in Opatija, on Croatia’s Adriatic Sea, ACI Marinas operates 22 marinas in the west of the country. The company reported record sales and profits in 2018, raising its annual revenues to some HRK 216.1m (US$32.6m) – an increase of 7% year-on-year – and posting a profit of around HRK 38.4m (US$5.8m), up 54% compared with a year earlier.

The marina operator is listed on the Zagreb Stock Exchange (ZSE). The Croatian Treasury remains the company’s largest shareholder, with a stake of 77.09%.