Construction of a new marina in Gdynia, on the Polish Baltic Sea, is progressing, with plans to launch the facility next summer. Polish developer PHN S.A. is yet to select an operator for the marina, which will offer berthing for up to 120 boats. 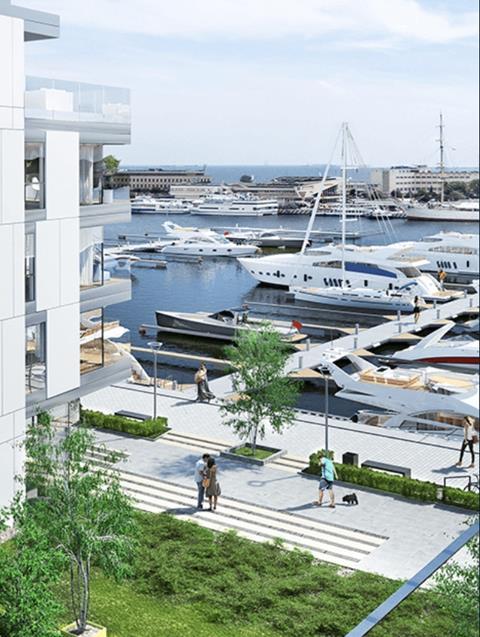 An artist’s impression of the new marina in Gdynia, on the Polish Baltic Sea. There will be berthing for up to 120 boats

In addition to the marina, the project comprises the construction of residential buildings with a total surface area of close to 12,000sq m.

PHN is headquartered in Poland’s capital Warsaw, and holds a portfolio of more than 140 real estate properties valued at around PLN 2.5bn (US$660m). The group owns assets in the country’s largest cities, including Warsaw, Poznan, Lodz, Wroclaw and the Tricity area, which comprises the neighbouring cities of Gdansk, Gdynia and Sopot.

PHN is listed on the Warsaw Stock Exchange (WSE).