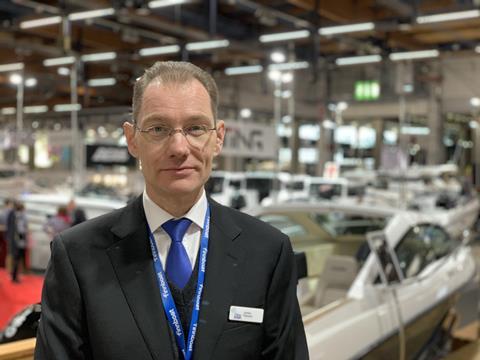 Finnboat, the Finnish marine industries association, has announced that its member companies generated nearly €600m in sales last year – a 10% increase over the previous 12-month period. Employment improved and exports are growing strongly.

The Finnish boating industry is particularly pleased, however, with its success in global markets: exports accounted for 77% of the total euro-denominated sales value of boats manufactured in Finland last year.

According to preliminary customs statistics, the value of boats exported from Finland increased by 20% and amounted to €253m for the period January-November 2019. Altogether nearly 9,000 boats were exported from Finland to a total of 37 countries. The export invoices reported for the whole boating industry and trade by member companies for the full year amounted to €290m.

The most important export markets for the Finnish boating industry are still Sweden and Norway, although exports to both countries decreased from the previous year. Sweden remained the number one trading partner in terms of the total number of boats sold, accounting for 4,151 boats – almost half of total exports – from January-November 2019. The total value of exports to Sweden was €55m, while Norway accounted for exports of 2,700 boats and sales of approximately €49m. Most were small open boats and day cruisers with bow cabins. Finnish R&D and manufacturing is particularly strong in this sector.

Other important export markets for Finnish luxury yachts in 2019 included Italy (three boats, €12m) and the Cayman Islands (two boats, €6.3m). Germany accounted for total boat exports of €11.4m, of which yachts accounted for €4m. Exports to Russia increased by more than 30% to €9.2m.

Finnish boat registrations increase by 4%, sales of small boats up by 20%

In Finland, the number of boat registrations increased by 4% to just two less than 4,000 new boats registered in 2019. All boats over 5.5m in length or powered by engines with power ratings in excess of 20hp must be registered with Traficom, the Finnish Transport and Communications Agency.

Particularly steady growth has been recorded over the past five years in the popularity of motorboats in the 9m-10m class. The most popular type of boat in Finland, however, remains a practical and small craft for summer cottages. While just over 120 boats more than 9m in length were registered last year, wholesale delivery statistics reveal that nearly 2,500 boats smaller than 5.5m were sold. This represents an increase in sales of the smallest boats of more than 20 percent over the previous year.

The types of boat models favoured by Finns is also reflected in wholesale delivery statistics for outboard engines: almost 80% of outboard engines sold in Finland in 2019 had power ratings of less than 60hp. Finland has over 190,000 motorboats, 73% of which are powered by outboard engines.

Relatively inexpensive and easy-to-handle personal watercraft (PWC) seem to have become regular favourites in recent years, although their steep rise in popularity has already begun to subside. Nevertheless, over a thousand PWCs were registered in Finland last year, representing an increase of 8% over the previous year.

Popularity of electric outboard motors and sailing boats on the rise

Although number of outboard engines delivered to Finland decreased by 5% from the previous year, the popularity of electric outboard motors continued to grow. They have become popular on small rowing boats and are also replacing the smallest internal combustion engines. According to wholesale delivery statistics, almost 9,900 internal combustion-powered outboard engines were sold in Finland in 2019, in addition to which 6,300 electric outboard motors were delivered.

While wholesale deliveries of electric outboard motors increased by more than 70% in 2018 compared to 2017, the increase in 2019 was just 6%. Last year’s sales growth came largely from remote-controlled trolling motors used in fishing boats, of which more than 1,100 were sold in 2019. This reflects the rapid increase in the popularity of recreational fishing, which is also reflected in the new offerings in the fishing section of the Helsinki International Boat Show.

More sailing boats measuring over 5.5m in length were registered in 2019 than have been in years, with sales almost doubling to 26. Sailing boats represents approximately 7% of the total number of registered boats in Finland.

Most imports from Mexico

Mexico continued to be the leading market for boat imports into Finland last year. The value of imports increased by as much as 45% to approximately €40m, and virtually all of the 5,200 imported units were PWCs. Most of these were only imported into the EU via Finland before being exported to other parts of Europe, as just over a thousand new PWCs remained in Finland.