New figures from UK industry association British Marine show that the country’s boating sector grew for the seventh consecutive year in 2018, with total revenues up by 1.7% to £3.17bn.

According to the figures, direct revenue from the marine industry trade has contributed over £1.1bn of Gross Value Added (GVA) to the UK economy, supporting over 33,000 direct employees in marine businesses across the UK.

The UK’s strong export performance continues to drive growth. In 2018, leisure marine exports surpassed £1bn for the first time since 2013, representing an increase of 16% compared to the previous year. This has been attributed to strong global economic growth in 2018 and a weak pound as a consequence of Brexit, making British products price-competitive compared to their international rivals.

The eurozone and wider EU remains an important market for the sector, accounting for 50% of all industry exports, although the US is fast becoming an increasingly important trading partner for British companies, now accounting for 25% of British exports. The US has also seen a high level of growth at 30%, along with Asia at 20% and South America at 39%.

The UK domestic market remains flat, with Brexit-related uncertainty making consumers nervous and reluctant to spend on leisure items. However, this has also resulted in British citizens holidaying at home. 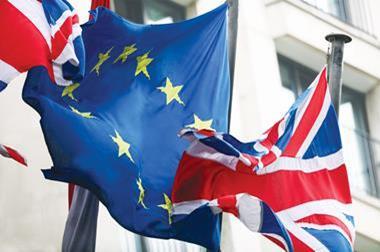 “These latest figures illustrate that the British boating sector has continued to prosper, despite challenging conditions and the ongoing uncertainty about Brexit,” says British Marine CEO Lesley Robinson. “A weakened pound has provided much-needed support to industry exports and with British holiday makers staying in the UK, nearly a third of tourism businesses are remaining positive about the future.

“However, with the proposed EU exit deadline looming, the future health of the industry is not guaranteed,” she adds. “Business confidence within the industry relies on consumer confidence and if this uncertainty continues the industry will pay the price. After all, leisure activities are almost always the first thing consumers drop during tougher times.”

“Leaving the EU could have many consequences for the British marine sector, putting a strain on the supply chain, increasing critical skills shortages and impacting business cash flow because of VAT payment uncertainty,” Robinson adds. “The sector is robust, but a bad Brexit puts our success at risk.”